A fresh look at the drama from Rihanna’s life. 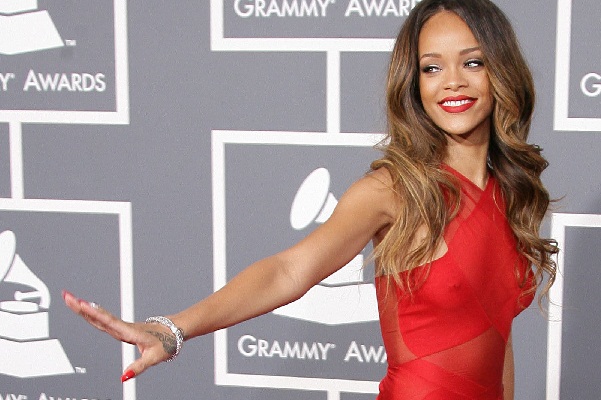 This weekend the Sunday Times Magazine posted a 2000-word feature from Camille Paglia comparing Rihanna and Princess Diana. While royal-watchers may not normally approve of many people being compared to Princess Diana, this isn’t a matter of prestige but more a look at the psychology of two super-famous and ill-treated women. And the article, “The Princess & The Showgirl,” is spot-on with its line about the ladies’ “ravishingly seductive flirtation with the world press.”

The article looks at the beginning for each of the women. Both came onto the scene practically out of nowhere: a shy kindergarten aide and a bubbly pop singer who blew up into something big. One became a princess. The other became a world-renowned celebrity, not just because of her often suggestive and sometimes angry music, but because of her relationship with Chris Brown.

A look at Rihanna at her most sultry >> 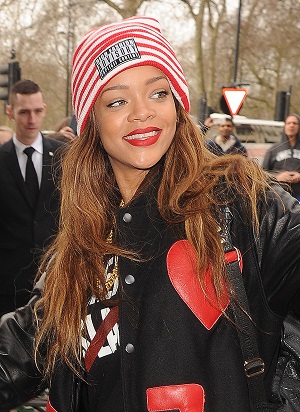 The late princess once gave an interview claiming there were three people in her marriage, and the same can be said for Rihanna’s relationship with Chris Brown. Princess Diana was speaking about another woman, Camilla Parker Bowles. Rihanna’s third party is a camera, and the results of her relationship with that little black box are constantly plastered all over the internet.

Rihanna relives past for Christmas >>

From paparazzi shots to candid Instagram pictures, Rihanna uses her photogenic face (and the rest of her body) to update her fans (and enemies) on her whereabouts and her moods. Diana was constantly followed and hounded in public for more pictures of that bright smile, those shy eyes or that (sometimes) cold, hurt face. At the end of the day, though, she returned home to her privacy. Meanwhile, when the paps’ cameras can’t get to Rihanna, her cell phone takes their place. From not-quite-discreet pictures of Rihanna in bed with her abuser, Chris Brown, to seductive pictures from supposedly private vacations, Rihanna never stops posing and posting for her fans. But at what cost?

During a recent outing to a club, one fan became so outraged with Rihanna that bottles were thrown. The pop star left with a bloody knee. Since when do fans have the right to be up in arms about their obsession’s love life? Since they’ve been allowed into every nook and cranny of celebrities’ lives.

Girls’ Lena Dunham has an opinion on RiRi’s love life, too >>

We understand Rihanna’s “if you can’t beat ’em, join ’em” attitude. But Paglia’s article paints a grim future for the pop princess. We’ve spent years worrying about what Brown might do to her. But while yes, Rihanna’s love for attention is likely linked to an abusive background, in the end it could be her own actions that set everything else into play. Even with the strictest of royal boundaries and a fairly amicable relationship with her photographers, “the people’s princess” was taken from us after a chase through Paris streets with paparazzi. Will Rihanna’s seduction of the camera backfire on her just as tragically?

All we can do is hope otherwise. To read a snippet from the article (or the whole thing, if you’re a member), head to the Sunday Times.