The Kardashian has plenty on her plate, but it looks like she may have one less thing soon as sources are reporting she will not be returning as co-host of The X Factor.

Related story Khloé Kardashian Reveals Tristan Thompson Proposed to Her, But She Said No For This Highly Respectable Reason 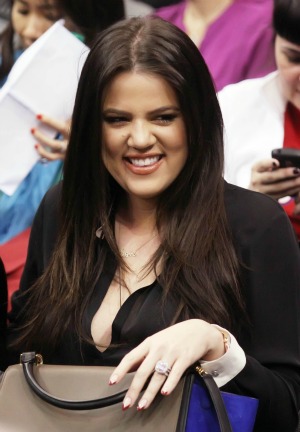 Khloe Kardashian could be out of one of her jobs. According to the New York Post, the 28-year-old has “not been asked to return” as co-host of Fox’s The X Factor.

“They are asking Mario [Lopez] to come back, but not Khloe,” a source told the newspaper.

The Keeping Up With the Kardashians sister came to the job with very little experience, but did what she could, and offered a unique kind of presence on the stage. But she became the victim of TV critics.

“The Huffington Post went so far as to suggest that the ‘awkward’ pair were secretly being paid off by rival singing show The Voice,” the Post said.

The exit of Kardashian, if true, follows last month’s departure by Britney Spears, who is headed to Vegas. The two weren’t well-received by critics or fans, but did bring in certain audiences with their names.

“I am sure there was a big percentage of Khloe’s fans who followed her to X Factor,” LA hosting expert Marki Costello told the New York Post. “But at the end of the day, when she doesn’t know what she is doing, are you helping your show or hurting it? It was really hard for me to watch Mario with her. It made me, as a viewer, almost uncomfortable.”

It sounds like Fox and creator Simon Cowell are working to change things around before the new season starts. The show was “wildly hyped,” but some say didn’t live up to that hype.

Spears was paid $15 million last year, and it looks like they may have learned their lesson (since ratings ended up falling 20 percent last season), and they may be cutting their talent budget.

The Kardashian decision is not official, but it looks like she may have to find another job sometime soon.

“The producers have not yet made the talent decisions for this year,” said a spokesperson for the show.

But whatever she decides to do, the fabulous Kardashian will fit right in wherever she goes.