Downton Abbey really knows how to end a season, don’t they? The finale skipped ahead a whole year and here’s where we left things at the end of the season…

A visit to the Highlands

Nearly every summer of the Crawley girls’ lives, their father had taken them to Scotland to bond with his relatives (Cousin Rose and her parents) while he does a bit of “stalking.” This year’s visit marks the first in a few years because they skipped going during the war and after Sybil’s death. Once they finally make it, the trip is marked with drama. It turns out Rose’s parents just aren’t getting along with each other and things at the estate have become rather hostile. The tension between Rose and her mum is exceptionally awful. The family spends their entire vacation trying to figure out how to help them bond.

A look at what happened upstairs last week on Downton >>

A fair to remember

While the family is away, the servants will play. There’s a new shop owner in town with eyes for Mrs. Patmore and he invites her (and some of the house boys) to a nearby fair. Before long, it becomes a whole house outing. (Minus Carson — who stays behind to tend to baby Sybil and not ruin everyone’s fun.) The guys from downstairs, including Mr. Branson and the new shop owner, team up for a little tug-of-war and crush the other team, earning them a bit of money. When Alfred flashes around his winnings, the carnies decide it belongs in their pockets instead and jump him. Luckily for Alfred, Mr. Barrow’s crush on him leads him to follow along behind him. Barrow jumps in and takes the beating instead. In the end, it solidifies their friendship. 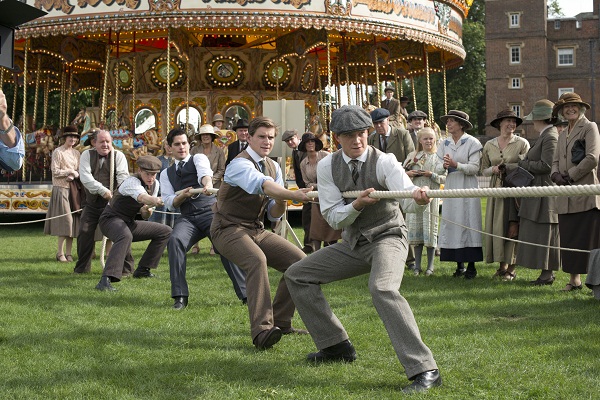 Love is in the air

Quite a few new relationships spring up in the finale, though not all of them lasted very long.

First, Mr. Gregson, Edith’s editor, appears in the Highlands to spend a little more time with Edith and earn her family’s approval… despite his being married. He has a rough time of it. As always, Matthew is the only forgiving one.

Meanwhile, Matthew’s mother, Isobel, has taken up with the doctor. Sort of. After inviting Dr. Clarkson to dinner one evening while everyone was away, they enjoy quite a lovely evening together. Matthew’s father was also a doctor and Isobel missed the conversations about clients. Meanwhile, Dr. Clarkson’s wife has been gone a long time and he, too, missed being able to have a conversation with someone who understands what he was talking about. They end up going to the fair. He was just about to propose when Alfred shows up pleading for help for the beaten-up Barrow. Later, Isobel tells him she’d rather just be friends.

What happened last week downstairs at the Abbey? >>

We saw love flicker and fail downstairs, too. As it turns out, the new shopkeeper isn’t interested in all of Mrs. Patmore, just her cooking. For everything else he wants, he turns to other women. During their date at the fair, he flirts with nearly all the “ladies” and is very inappropriate with a few. Not cool. Then a new housemaid, Edna, finds herself rather taken with Mr. Branson. While at first he enjoys the little bit of talking and flirting, soon her attention becomes a little too overbearing. He lost his beloved only a year ago and just wasn’t ready for a relationship. Edna is sent packing. 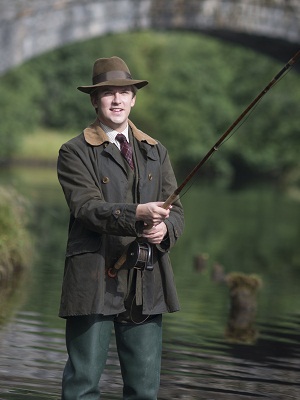 We knew it was coming: There were plenty of spoilers to ruin the surprise for us. Then again, it was an awful plot twist anyway.

At the end of the episode, the very pregnant Mary returns home early from the Highlands to give birth. Everything goes swimmingly and Matthew is riding high. On his way home to Downton to give the full report on his brand-new son, he’s killed in a very non-dramatic car crash. Why is it that every time a baby is born at Downton, someone else must die? Are the writers just too lazy to come up with a new name for the baby?

We leave Mary and the rest of the family blissfully unaware of the favorite son-in-law bleeding out in a ditch.