The adage goes, “Write what you know.” For Lena Dunham and Girls, that means focusing more on the boys. 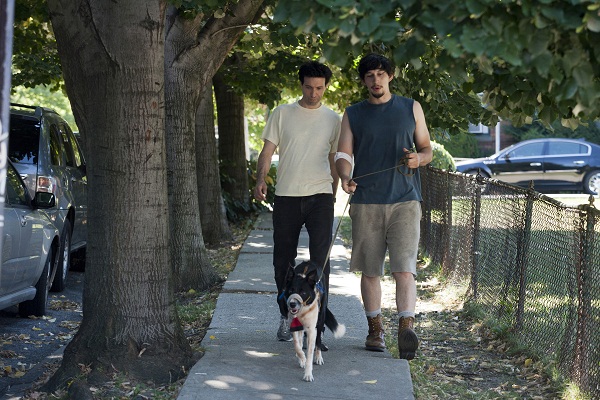 I know I was critical of your show (and breasts) last week, but as a fellow writer, I’m sure you respect my ability to opine.

Here’s the thing, Ms. Dunham. I really, really liked the first season of Girls. You followed your gut and created something original. You’ve no doubt got mad skills. And while biologically I know they don’t exist, metaphorically speaking, you’ve got some balls, girl. After all, I’m sure it’s not easy to tell yourself to take off all your clothes in front of the camera.

Here’s the other thing: I really, really haven’t liked the second season of Girls. Sure, you still follow your gut. Your skills, especially as a director, are growing. And boy, Ms. Dunhan, your balls must be bigger than ever. I mean, seriously, do you see the outfits you put yourself in?

The problem is, you’re really starting to lose that freshness you brought to the table last year. Your recycled characters are about as played out right now as the Harlem Shake.

So, writer to writer, let me offer you a little piece of advice that will not only save this season but also ensure long-term success.

I can’t take credit for the wisdom since it came from my seventh-grade English teacher, who always used to say, “Write what you know.” And for you, Ms. Dunham, that starts with your show’s title.

Girls needs to become Boys because they’re what bring out the best in your show. You’ve wasted five episodes so far this season floundering in the futility of trying to grow the characters of Hannah, Marnie (Allison Williams), Shoshanna, and Jessa. 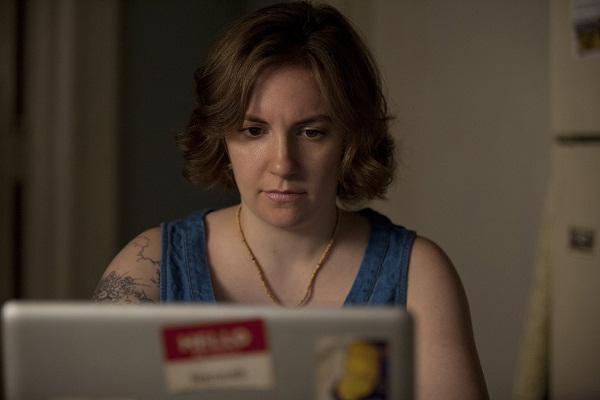 But it’s simply not working.

Take Sunday night’s episode, ironically titled “Boys,” as stone-cold evidence that your lady characters are putting us to sleep. Hannah inks an e-book deal. Marnie splits with Booth Jonathan. Shosh has her first fight with Ray. And Jessa remains the same melancholy b**** she’s always been.

The girls of Girls may have won our hearts during Season 1, but ask yourself this, Ms. Dunham: Were you expecting people to be elated for Hannah when she finally got her big break? Do you think fans shed a tear for Marnie when she lied on the phone to Hannah? Do you secretly wish you could climb inside the TV and wring Jessa by the neck?

Now ask yourself this: What was the most compelling scene in Sunday’s episode?

I know your character Hannah struggles at times with honesty, but Ms. Dunham, you have to agree with me on this one: The best parts of Sunday’s episode orbited about storylines involving the gentlemen. And that’s no fluke. Because the best part about Girls, in general, is the boys.

Ms. Dunham, you may fancy yourself attuned to the minds of women lost in the cacophony of their mid-20s, but you’re actually much more in tune with the minds of men.

Your hidden testosterone spawned the scene of the season — and perhaps the entire series. How clever it was to put Ray (Alex Karpovsky) and Adam (Adam Driver) — two of the quirkiest dudes on TV — into a fantastically creative adventure involving Little Women, a dog named “Dog” and a gun-toting Staten Island teen.

I’ll be honest, Ms. Dunham, since that’s what you do for us fans every Sunday night. I’m not sure I’ve enjoyed a scene on TV this past year as much as I did soaking up the witty dialogue exchanged by Ray and Adam. Their quips about dating 54-year-old women, the semantics of “coy” and dealing with aging were authentic, insightful and shrewd. 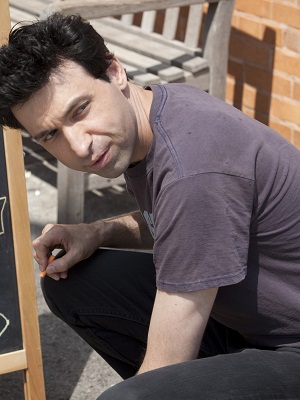 Best of all, they made me laugh out loud, something your show hasn’t made me do in a long time.

I like how you didn’t stop with just Ray and Adam in Staten Island. Your debilitating voyage into the fragile psyche of Booth Jonathan was so intense, you managed to make me take pity on the little twerp.

And, of course, you sealed the episode by giving us poor Ray — all alone with Dog and the Manhattan skyline — and forcing him into a tearful submission.

Whether you want to admit it or not, Ms. Dunham, you know boys better than you know girls. You write the characters of Adam, Ray, Booth — even Elijah, Charlie, Laird and the African-American Republican — with a reckless abandon that allows you to avoid the convention that now engulfs your lady characters.

So, Ms. Dunham, there you have it. Change Girls to Boys because that’s what you do best.

PS: What really happened that night with Laird? 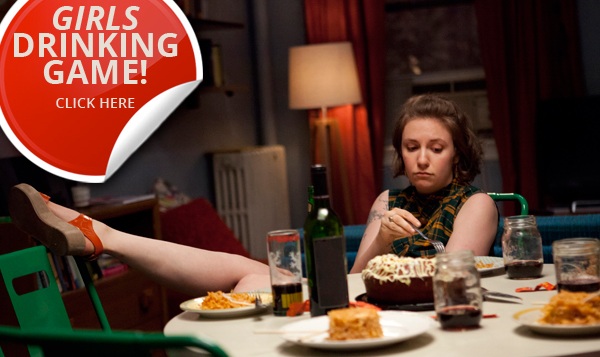