Country singer Mindy McCready was found dead, an apparent suicide, Sunday night at the age of 37. But the singer started her life, and her career, with talent, drive and success. 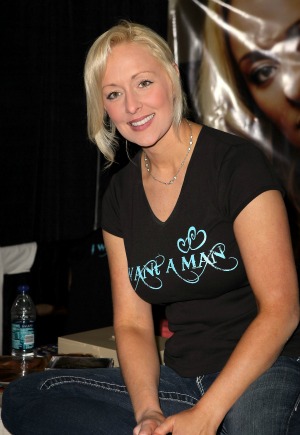 Mindy McCready has died at the age of 37. The country singer committed suicide earlier Sunday. The Cleburne County, Ark., coroner confirmed the death to the Associated Press.

The sheriff said that gunshots were reported in the area just after 3:30 p.m. local time, and McCready was found on the porch of a home with what appears to be a single self-inflicted gunshot wound.

McCready was born Nov. 23, 1975, in Fort Myers, Florida. She moved to Nashville when she was 18 and signed with BNA Records. In 1996, she released her first album, Ten Thousand Angels, which went double platinum. The album spawned four hits, including her only No. 1 single, “Guys Do It All the Time.”

She has released five studio albums and has had 12 singles on Billboard’s country single chart. None of the later albums celebrated the success that her first album did. But according to the Recording Industry Association of America, the singer has sold more than 3 million albums in her career.

McCready has her first child, her son Zander, in 2006. She has been romantically linked to Dean Cain and NHL player Drake Berehowsky, and there were rumors of an affair with baseball star Roger Clemens. McCready later confirmed the affair but denied reports it started when she was 15.

In 2009, McCready appeared on the third season of Celebrity Rehab with Dr. Drew and opened up about her long-term battle with drugs and alcohol.

On April 9, 2012, the singer gave birth to her second son, Zayne. The baby’s father was McCready’s boyfriend, David Wilson. Wilson was found dead of an apparent suicide on Jan. 13, 2013.

McCready has been struggling in recent years and seemed to be on a downward spiral after the suicide of Wilson. After his death, she said he was her “soulmate” and added, “He didn’t just touch my heart, he touched my soul.”

Dr. Drew Pinsky says he reached out to McCready to see if she needed help after her boyfriend’s death.

“When I heard she was struggling, I did reach out to her and urged her to go to take care of herself, get in a facility if she felt she needed,” Pinsky told CNN. “Her biggest fear was the stigma of doing so and what people would think if she, God forbid, took care of herself. And this to me is the most distressing part of this story. She is a lovely woman, we have lost her, and it didn’t have to go down like this.”

She was committed to a treatment facility at the request of her father in early February but was released just days later.

McCready leaves behind her two sons.