Travis Barker is backing out of the planned Australian tour of Blink-182 because he is still so traumatized by the plane crash that nearly killed him. 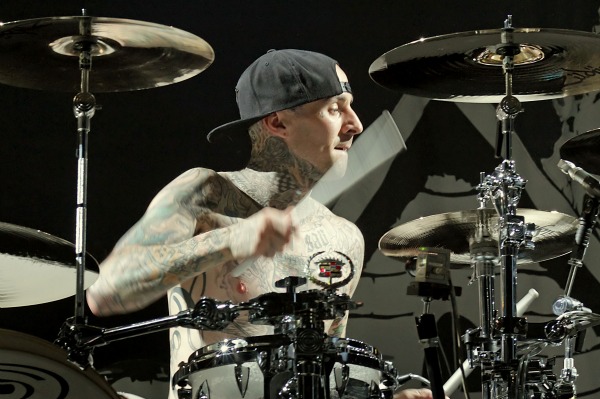 If you were hoping to catch Travis Barker with Blink-182 down in Oz, you’re SOL. The drummer has backed out of the band’s planned Australia tour because he is still understandably petrified of flying after a horrific plane crash nearly cost him his life.

“I still haven’t gotten over the horrific events that took place the last time I flew when my plane crashed and 4 people were killed, two being my best friends,” Barker wrote on Facebook.

“I gave the band my blessing to take another drummer if they still wanted to do the tour without me. I hope to come to Australia again some day perhaps by ship if need be.

“Unfortunately, there wasn’t a boat that worked with the schedule this time around. Once again I’m sorry to all the fans.”

Barker and DJ AM (Adam Goldstein) were the only survivors of the crash. The drummer spent more than 11 weeks in the hospital and underwent 16 surgeries, including multiple skin grafts. Goldstein, who was also seriously injured in the crash, died of an accidental drug overdose in 2009.

Blink-182 as a whole is 100 percent cool with Barker’s unwillingness to fly — he took a ship to Europe to play that portion of their tour.

“The trip to Australia was planned during our European tour last summer,” read a statement on the band’s Facebook page. “The band knew the chances of Travis overcoming his fear of flying, which was magnified after the horrible plane crash in 2008, would be a challenge, but we wanted to play for our fans in Australia nonetheless.”

“The three of us tried all measures to get us all there in full form. Travis has been working to overcome his fear of flying. Since we now know we have to make the trip without Travis our friend Brooks Wackerman (Bad Religion, Tenacious D) has stepped in. We love our fans in Australia so canceling was not an option so we still plan to come and play some kick a** shows.”