The actress announced her pregnancy the same week her co-star announced her departure from the show. What does the future hold for “Up All Night“? 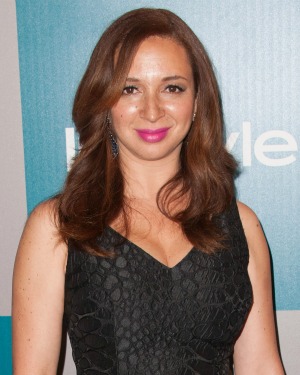 Maya Rudolph may truly be the living embodiment of Up All Night. She and her husband, Paul Thomas Anderson, already have three children: Pearl, 7, Lucille, 3, and Jack, who is 19 months. Now the couple is reportedly expecting a fourth child.

Remember when “up all night” meant you were out on the town? >>

The actress, who is perhaps best known for her parts on Saturday Night Live and Bridesmaids, is currently working on the NBC show Up All Night and reportedly told the network about the new baby. However, with the show’s future in question after the departure of Christina Applegate, Rudolph and co-star Will Arnett may be moving on to other projects.

“Sources say the show’s writers planned to incorporate the pregnancy into the revised version of the series, but that issue could now be moot,” said the Hollywood Reporter. “The show’s writing staff is said to be seeking new jobs.”

Arnett is also going through many life changes. He and wife Amy Poehler announced their separation late last year. Applegate’s departure from the show also puts his future in question.

Up All Night‘s sophomore slump shake-up >>

“The chaos comes at a key time for Arnett and Rudolph, with casting on the nearly 100 broadcast pilots already underway and both actors rocketing to the top of many network wish lists,” said THR. “Both Arnett and Rudolph have already received second-position offers for a number of broadcast pilots. CBS’ Les Moonves in particular is said to want Arnett for an untitled comedy written and executive produced by [Greg] Garcia about a recently divorced man whose parents move in with him. ABC also is high on the actor.”

The show has been through a lot of changes in just a few seasons, and Rudolph’s pregnancy would no doubt change the story line once again, but it seemed she and Arnett were up for it.

It’s looking like they may not have the chance to do even one more episode, but both actors will likely land on their feet in another series.