Looking for a new spin on the typical decorating show? HGTV has upped the ante. 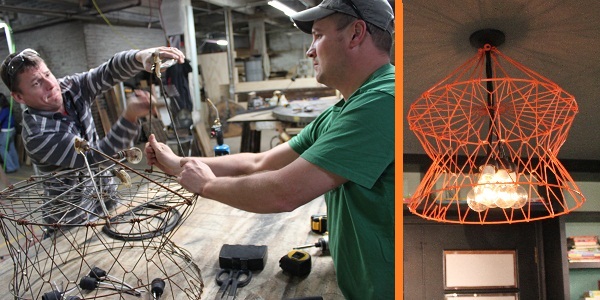 If you’re looking for something different on television, I think I’ve found the solution. HGTV’s new show West End Salvage is the perfect mix of some of the best reality shows on cable right now.

It’s like American Pickers, but fancier. The owners of West End Architectural Salvage, Don and Hal, don’t just own a salvage shop, they also run a design business. Once they buy cool old stuff from their network of picker friends, they set it up in their massive salvage shop (and coffee house) in Des Moines, Iowa. Shoppers are welcome to show up and buy stuff so they can decorate their own homes, but Don and Hal can also help them design the space, too. Each episode features a new couple in need of a little West End finessing and you watch the process as Don and Hal pull things off the back of a pickup truck, reimagine them for their carpenters and end up implementing them in their clients’ homes.

Another HGTV new fave: Settle down with a Hawaii Life >> 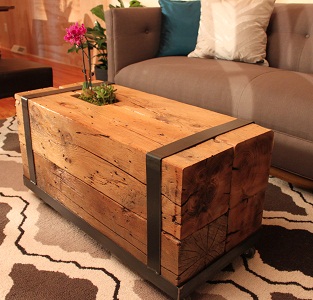 It’s a little like Pawn Stars, but nicer. My family are huge Pawn Stars fans. We love Chumlee and Grandpa. The guys from Pawn Stars can be a little gruff, though. (In their defense, that might just be an attitude you need in the pawn industry.) Don and Hal are salt-of-the-earth, middle-American sweethearts, though. The best example of this is their “cute shoe” discount. Whether you’re 7 months old and on your mama’s hip or 70 years old and toting an oxygen tank, if you’re wearing cute shoes, Don will toss you a discount. Their niceness also comes through when they’re working with their pickers. On a recent episode, Don wasn’t sure about going too high on an item that might end up sitting in the shop for a while, but he didn’t want to cheat the guy he was buying from, either. After all, they’re both the business to make money and pay their bills. He ended up meeting in the middle and then telling him that if the sale worked out in his favor, he’d treat the guy to a beer next time he was in town. That’s how you make friends while running a successful business.

In other words, West End Salvage has all the makings of a time well spent. You’ll fall in love with two funny guys and the hijinks pulled by their staff. You’ll swoon over the awesome pieces that fill up their warehouse. And you’ll find plenty of design inspiration among Don and Hal’s awesome ideas.

Catch the boys (and girl) at West End Salvage every Thursday night on HGTV!