Her boyfriend is charged with her murder, but the South African model was set to give a speech to high school students about a past abusive relationship the day she died. 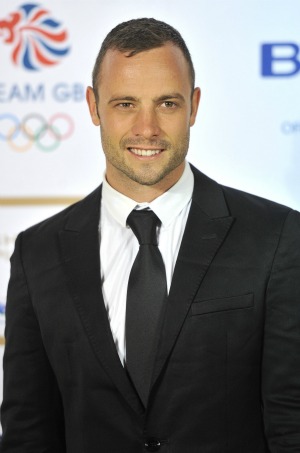 Reeva Steenkamp, the model who was shot dead in her boyfriend’s house on Feb. 14, was reportedly supposed to give a speech on “the hardships of abusive relationships” the day she died. Steenkamp was not giving the speech about her current boyfriend, Olympian Oscar Pistorius, but a former beau.

“Reeva was set to speak to a group of teenagers at Sandown High School in South Africa… to talk about her own experience suffered at the hands of a previous boyfriend,” said TMZ. “In the notes for her speech, the former model reportedly urged the school kids to ‘be brave, always see the positive’ and ‘make your voice heard.'”

Pistorius is now charged with Steenkamp’s death. According to the New York Daily News, Pistorius attempted to revive Steenkamp as she was dying.

“The panicked sprinter was giving Reeva Steenkamp mouth-to-mouth resuscitation as he held her badly bleeding body in his arms at the bottom of a staircase, a South African newspaper reported,” said the Daily News.

Pistorius’ family has come to his defense, but they also say they are grieving for Steenkamp. The story is a surprising one for many who were inspired by Pistorius’ Olympic story.

“Pistorius, 26, was dubbed the ‘Blade Runner’ for his carbon-fiber prostheses,” said the New York Daily News. “He became the first double amputee Olympian at the London Games last year. Pistorius, who lost both legs below the knee due to a congenital defect, was a gun enthusiast who had pending firearm license requests for seven weapons.”

But Pistorius’ uncle, Arnold, told the newspaper the runner was happy with his girlfriend; in fact, he was “smitten” with her after only four months together.

“They had plans together, and Oscar was happier in his private life than he had been for a long time,” said Arnold.

59 mins ago
by Alyssa K. Davis