These days, everyone’s getting their own TV show. Kirstie Alley is trying her hand at another sitcom. This time, it’s for TV Land, and she’ll star alongside some very familiar faces. 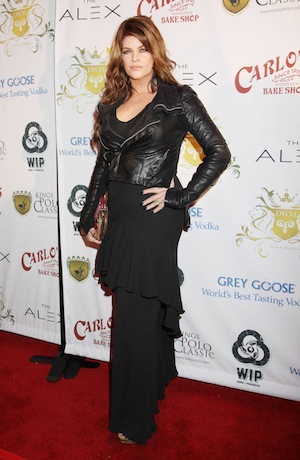 TV Land is all about classic comedies. Its current lineup features a who’s who of TV royalty. There’s Betty White, Fran Drescher, Jane Leeves, Valerie Bertinelli and many more.

Kirstie Alley, have you called HBO yet? >>

According to Zap2it, the network’s adding to its roster with stars from Cheers and Seinfeld. TV Land has announced a new series, Kirstie’s New Show, which will star Kirstie Alley, Rhea Perlman, Michael Richards and Broadway’s Eric Petersen.

Kirstie’s New Show centers on Alley’s Maddie Banks, a glamourous woman with a matching lifestyle that gets turned upside down. She’s shocked when her son, Arlo (Petersen), whom she gave up at birth, comes looking for her.

Maddie’s baby boy is all grown up and nothing like she’d imagined. He’s “nerdy and schlubby.” Despite her reservations, she’s nudged by her driver, Frank (Richards), and assistant/best friend, Thelma (Perlman), to connect with Arlo.

“This cast is a TV Land dream team of stars. Seeing them all together is truly mind-blowing,” said TV Land president Larry W. Jones. “This series pick-up reaffirms our commitment to making broadcast quality original programming for a network whose brand stands for timeless entertainment.”

Alley previously headlined the sitcom Veronica’s Closet (1997–2000), which ran for three seasons on NBC. She also starred in the short-lived Showtime series Fat Actress (2005). The comedy was loosely based on Alley’s personal experiences in Hollywood as a plus-sized woman.

Kirstie’s New Show couldn’t have come at a better time for TV Land. It recently canceled the original series Retired at 35 after two seasons.