Kyle Chandler is a man of the cloth. Or at least his new character is. The actor’s signed on for a Showtime pilot called The Vatican. This will be his first regular TV gig since Friday Night Lights. 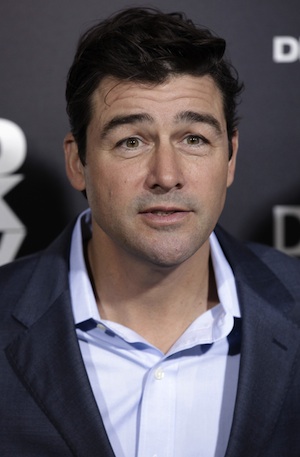 Here’s a pleasant surprise: Kyle Chandler is heading back to television. It’s been two years since he said goodbye to the critically acclaimed Friday Night Lights. During his time away, he’s scored plenty of roles on the big screen, but now he’s back to his TV roots.

According to E!, Chandler has landed the lead role in the Showtime pilot The Vatican. The network announced the big news on Friday.

The Vatican is a thriller that tackles “spirituality, power and politics—set against modern-day political machinations within the Catholic Church.”

Chandler will star as Cardinal Thomas Duffy. He’s the charismatic yet enigmatic archbishop of New York, whose progressive leanings excite some and alarm others within the hierarchy of the Catholic Church. Religion and politics? We can smell the drama from a mile away!

The pilot will be directed by Ridley Scott, and Showtime president David Nevins is extremely pleased with the cast they’ve put together.

“Kyle Chandler is one of the most talented and sought-after actors working today,” Nevins said in a statement. “With Kyle, Matthew Goode and Sebastian Koch, Ridley and Paul have put together a powerhouse cast to anchor this incredibly timely show.”

Chandler is keeping himself busy. He appears in not one, but two of this year’s Oscar nominees for Best Picture: Zero Dark Thirty and Argo. That’s nothing to sneeze at. He seems to be everyone’s go-to guy. The man’s been acting professionally for 25 years.