Lindsay Lohan received some good news on Friday that her controversial film, The Canyons, will finally receive distribution from IFC Films. 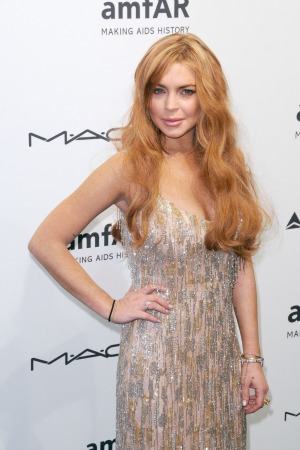 Lindsay Lohan has had a rough few years from disappointing movies to run-ins with the law. However, the actress received some good news about her film The Canyons.

On Friday, it was officially announced that IFC Films will release the film to North American audiences as a part of a multi-platform strategy. In fact, the film will even get a premiere screening at the Film Society of Lincoln Center in New York City.

The making of the film and the starlet’s behavior was the subject of a brutal New York Times article, and the movie struggled with rejections from the Sundance Film Festival and SXSW, so this is a major turn of events.

In a statement on Friday, director Paul Schrader said, “I am delighted our film has found an enthusiastic home at IFC. We envisioned The Canyons as a multi-platform release from the beginning and no company knows that world better than IFC.”

Kent Jones, director of programming of the New York Film Festival and the moderator of the post-screening discussion at Lincoln Center, seemed quite optimistic about the project.

In Friday’s statement, he said, “On one level, The Canyons is a visually and tonally precise, acid-etched horror story of souls wandering through a hyper-materialistic hell, with a fearless and, I think, stunning performance by Lindsay Lohan at its center. On another level, it’s an inspiration and an example to us all: it’s difficult for me to imagine another filmmaker of Paul Schrader’s stature diving into the world of crowd-sourced moviemaking, let alone with such fervor, dedication and rigor.”

Schrader is best known for his screenwriting work on films like Taxi Driver and Raging Bull. IFC Films has distributed a number of successful films since 2000, including My Big Fat Greek Wedding; Touching the Void; and Lena Dunham‘s breakout piece, Tiny Furniture.

IFC Films will release The Canyons in early summer.

No word from Lohan just yet, but let’s hope this is a fresh start for the actress.