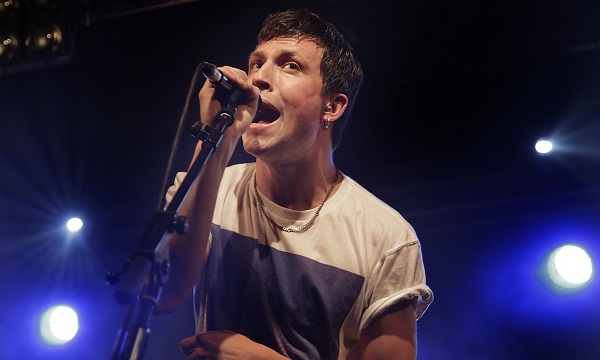 The Maccabees dropped by The Late Show with David Letterman this week, and their performance airs tonight. I think it’s worthy of DVRing, and, in Letterman fashion, here are the top 10 reasons why:

10. Accents. It’s superficial but The Maccabees — Orlando Weeks, Hugo White, Felix White, Rupert Jarvis and Sam Doyle — are from Brighton, England, and their accents are glorious.

9. According to fangirl legend, they picked their band name by randomly opening up the Bible and finding a word. I like the spontaneity of that versus spending months trying to come up with something pretentious meaningful.

8. Their song “Latchmere” is named after a nearby recreation center with an automated wave machine. “Why…?” Why not?

7. They made their own video for their single “About Your Dress.” It’s pretty good!

6. They were nominated for a Mercury Prize last year. Imagine if the Grammys only gave out one award each year. That’s how important the Mercury Prize is in England. 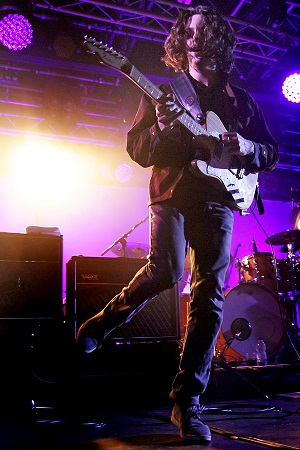 5. While they’re incredibly hot in the UK, they’re still very much under the American radar. In 2009, The Maccabees sold out the 4,000-capacity Brixton Academy. But they play the famed Music Hall of Williamsburg in Brooklyn on Saturday (Feb. 16), which has a capacity of only 550 people, and the show’s still not sold out.

Kristen Stewart gets awkward with Letterman >>

4. It’s a good time to fall in love. Tickets for that show are only $24.00 (plus all those Ticketmaster fees). That’s a seriously cheap ticket for an incredibly awesome night of music.

3. They’re familiar with the lineup of the Coachella Festival in California. You know all that fuss about the Stone Roses? Guitarist Felix White knows who they are and loves them. In a recent interview with live4ever.uk.com, he said, “They’re one of the great British bands.” Bam!

1. Their newest album, Given to the Wild, was off the hizzy. Their sound, a sweet mix of new wave and indie rock, is perfectly represented on the album. With each track, you’ll experience the uniqueness that is The Maccabees, but if you listen closely, you can also pick up on influences from Bon Iver, Arcade Fire and, yeah, the Stone Roses.

Check ’em out tonight on Letterman, and — when you fall in love — make sure to buy their album and not rip it off the internet. Album sales help influence tour locations, and I’ve still not seen them live.