It’s a busy week for Kim Kardashian! She sells her bachelorette pad in Beverly Hills and it looks like her divorce trial will finally begin in late spring. 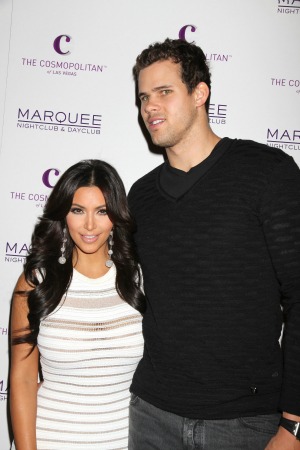 On Friday, after months of stalling by Kris Humphries‘ lawyers, there finally was some movement on the Kim Kardashian divorce case. Superior Court Judge Stephen Moloney put his foot down and made a firm decision that a trial date should be set and that Humphries’ team has had plenty of time to prepare.

That’s the good news. The bad news is that the first available trial date is in May, according to TMZ. Kardashian’s lawyer, Laura Wasser, has been working hard to get the trial started by next month since her client wants to be divorced before she delivers Kanye West’s baby.

However, the trial is taking another twist because one of Humphries’ lawyers has left the case citing the usual “irreconcilable differences,” thanks to the NBA player’s insistence that he annul the marriage versus get a divorce.

Sources told TMZ that Marshall Waller “made it clear to his client… there are NO legal grounds for annulling his marriage to Kim, because there’s absolutely NO evidence of fraud.”

Remember, this legal wrangling has gone on for over a year and a half for a marriage that lasted only 72 days.

Kim Kardashian’s V-Day present is nicer than yours >>

Even though Kardashian can’t move on from her marriage just yet, she can move on from her bachelorette pad. A Trulia source confirmed to E! News on Thursday that ownership of her Beverly Hills home was transferred to a new owner this week.

No word on how much the reality star sold it for, but she was asking in the $5 million-range for a home she bought for $3.4 million in 2010.

The Keeping Up with the Kardashians star won’t be homeless, though. Kimye are in the midst of gutting a new home in Bel-Air in time for their new arrival in July.

Remember, there are a lot of Kardashians!