Kate Gosselin’s spin on Celebrity Wife Swap means trading her eight in for a singleton! Find out who the reality star is trading lives with, and who alleges the experience left her young brood “traumatized.” 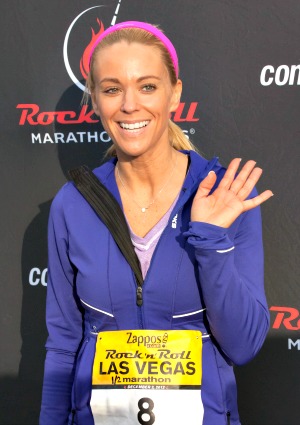 Kendra Wilkinson and Kate Gosselin‘s Wife Swap experience wasn’t exactly even. The former reality star not only went from juggling her own eight children to just one, but gained a husband to boot!

Nonetheless, Kendra Wilkinson agreed to try out being the single mother of eight for an upcoming episode of Celebrity Wife Swap, as well as allow the controversial Kate Gosselin to temporarily be mother to her 3-year-old son Hank.

RadarOnline reports the Wife Swap episode has already been filmed, and anti-Kate Gosselin author Robert Hoffman has the inside scoop on how twins Cara and Mady, 12, and sextuplets Aaden, Collin, Joel, Leah, Alexis and Hannah, 8, felt about being left behind.

He alleges “the Gosselin children were scared and very confused, having no idea who their new mom-for-a-week was, or why they were left alone with her to be filmed by strangers.”

“I’m not sure how much more psychological damage Kate can do to these poor children, but she sure looks like she’s willing to sink to new depths to get her face back on television,” he added.

Though she didn’t name Robert Hoffman directly, Kate Gosselin did recently share she believes she’s the victim of adult bullying. In a blog post for Bullyville, the 37-year-old wrote:

“When my life became very public in 2006 with the airing of our show Jon and Kate Plus 8 on TLC, I was honestly surprised that ‘adult bullying’ via the Internet existed. I am a positive person by nature and the fact that people, many of them, flocked to the Internet to make ugly hurtful and untrue comments about myself and my family truly shocked me!”

Do you believe the Kate Gosselin Wife Swap allegations are true?