Is director J.J. Abrams’ going really, really old-school for Episode VII, the Star Wars that many hope will be a return to the series’ 1970s glory? 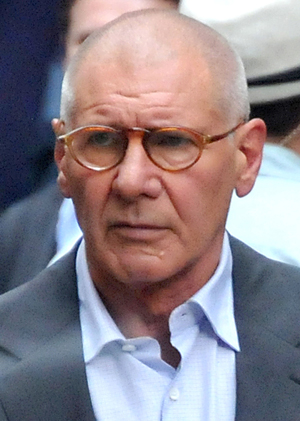 Come on now, really? After Latino Review reported today that Harrison Ford is officially in to reprise his role as Han Solo, internet rumors are flying about prequels and Star Wars spin-offs.

The Atlantic Wire wrote, “Old Han Solo and friends doesn’t exactly sound like the J.J. Abrams franchise reboot fans had been waiting for,” while Slashfilm wrote that if Ford is indeed in the next film, it would be as more of a cameo than a lead, serving as “a passing of the torch to a new generation” while also linking “the original trilogy with this sequel trilogy.”

Ohhh, like how Hugh Jackman did that “Go f**k yourself” cameo in X-Men: First Class?

Ford had indicated recently that he was open to appearing in another Star Wars film, while Carrie Fisher (Leia) and Mark Hamill (Luke Skywalker) told Entertainment Weekly in October that they’d met with Star Wars creator George Lucas to discuss the plans for the new trilogy.

Author Dale Pollack, who wrote an unauthorized biography on Lucas published in 1983, told The Wrap recently that he’d seen an outline for a 12-part Star Wars saga that Lucas wrote.

If Disney plans to use Lucas’ original outline, the next Star Wars movie would feature a Luke Skywalker in his 30s and 40s.

Obviously, at 61, Hamill is quite a bit older than that theoretical Skywalker; while at 70, Ford is pretty long in the tooth to play a bad*ss Jedi.

But then again, J.J. Abrams is the dude who managed to recast Kirk and Spock, so maybe he can do anything.