Oprah’s Next Chapter is all about Queen Bey. The superstar singer opens up about being preggo and loving her man. 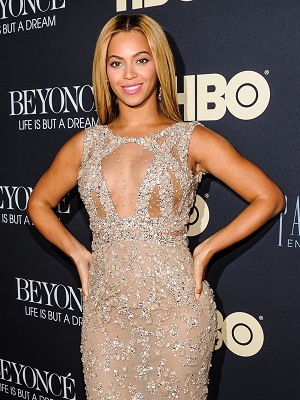 It’s no secret that Beyoncé and Jay-Z are 100 percent in love and, perhaps, one of the most solid celebrity couples. Those two have their marriage on lock! So, when Bey sat down for an interview for Oprah’s Next Chapter, it was only a matter of time before Bey began to gush about Jay.

“I would not be the woman I am if I did not go home to that man,” she said, before adding that their marriage “just gives me such a foundation.”

She talked to Oprah about the beginning of their relationship to explain their long-lasting love. Our man Jay-Z worked hard to get his lady (and his American dream).

They were friends for a year and a half before they even went on their first date. (Awww!) One reason their relationship continues to grow strong is probably that the power couple is careful about spending time in public.

They’ve become more extroverted now that they’re married, but when they were dating… they held their cards close to their chest. It sounds like she has Oprah to thank for that.

“I remember the first time you were on the Oprah show and I told you, don’t go around telling people who you’re dating,” Oprah reminded Beyoncé. “I think you took that all the way”

A wide-eyed Beyoncé agreed. “I took it as far as I could take it.”

The result of O’s advice isn’t just Beyoncé’s tight relationship with her hubby, Hova. It’s also that adorable baby, Blue Ivy. Just the mention of the baby leaves Beyonce glowing, too. But it wasn’t all fun and games. Especially when Bey decided to do a show just three months after giving birth.

“Which was really crazy,” Beyoncé admitted. “I had clearly never given birth and didn’t know that I would gain 60 pounds.”

She was still super adorable even at 60 pounds heavier, right? Nothing is cuter than a mom, after all and no one is more fierce than Beyoncé… even if she has just given birth.