When Lady Gaga announced the cancellation of the final 21 stops of her Born This Way Ball tour, the focus was on her health. But in addition, many people’s livelihoods will be affected. 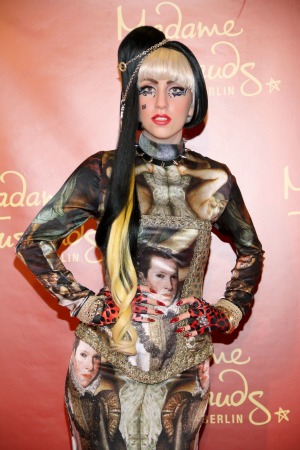 Lady Gaga‘s fans were disappointed when she announced the cancellation of her Born This Way Ball tour, but they seemed more concerned about her well-being. The singer has to take it easy for three to six months after injuring her hip and undergoing surgery.

But those fans weren’t the only ones who were upset by the cancellations. Live Nation, the promoter for the entire tour, is losing out on money for the 21 canceled dates. The venues the singer was expected to play in will also miss out on that payday.

“To venues across the country, it meant they could say goodbye to expected hauls from ticket sales, concessions, merchandise and parking,” according to MTV. “And to Gaga itself, scrapping her tour meant missing out on per-show pay-outs in the seven-figure range.”

According to Pollstar, the tour supporting the Born This Way album grossed more than $160 million last year. If you do the math, you can imagine what everyone will be losing because of one injured hip.

“Live Nation will eat the majority of the cost on this — big costs things like staging, building a production — it’s like developing an airplane, they have a huge upfront cost that you hope to make up on shows, so they miss out on that,” managing editor of Venues Today, Dave Brooks, said, according to MTV. “And you can’t underestimate how much money they spent marketing this, online, commercials, radio, they can’t make that up. They also have to refund the money, which means hiring people to refund ticket money. It’s going to be costly for them.”

The touring members of Gaga’s crew can also expect to be out of work at least as long as the singer is. The tour was also planning to offer counseling to her Little Monsters, and now that won’t be happening. Therefore, it’s good that Lady Gaga will continue her tour as soon as she is ready.

“Gaga will reschedule her dates… and most venues will welcome her back with open arms,” Brooks told MTV. “And while she’s losing out on a big payday in the short term, it’s important to put all of this in perspective.”

The important thing for her staff, the venues and her fans to remember is that Lady Gaga’s health is what is important in the long run — canceling a few shows is nothing compared to restoring her healthy hip.