Who doesn’t enjoy a little strange? 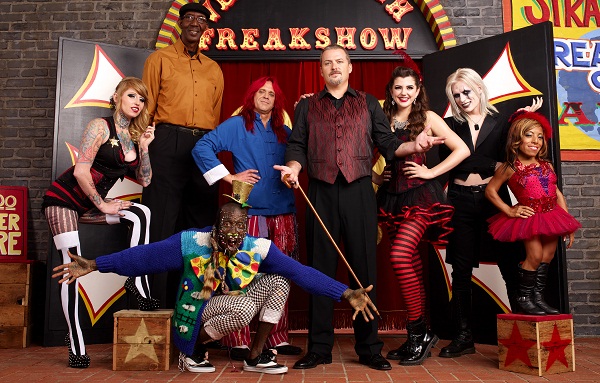 Meet the Ray family and their band of truly freaky friends and business partners.

A few years ago, Todd Ray decided to leave behind a successful career in the music industry and follow up on what he loves most: the bizarre. His love for the strange and unique led Todd to start a new kind of family business — the Venice Beach Freakshow. It’s become so famous that locals and tourists alike gather to see a parade of extraordinary things. From two-headed to human wonders, the Freakshow is pure spectacle. According to AMC, Todd (along with his wife, Danielle) opens his home and heart “to the extraordinary people who proudly call themselves ‘Freaks.'”

Todd’s 20-year-old daughter is one of the “freaks” on the show. Ray’s super-flexible daughter began as a teen by watching a contortionist and soon began trying the tricks herself. Before long, they were performing together. Now, Asia plays the roles of The Rubber Girl and The Electric Lady (that means she gets electrocuted!). She also has a whole fire-eating routine! Mix all her talents with her glamorous, vintage-inspired costume, and Asia is one awesome “freak.”

Asia’s little brother is still a junior in high school and already a co-owner of the Venice Beach Freak Show. While he doesn’t appear to be super bendy or immune to pain, he’s a “freak” in his own right due to his dedication to work. While all his buddies are out goofing off every weekend, Phoenix is meeting performers and helping his dad to rake in the money. Come college, he’s considering going into an advanced anatomy program… somewhere he can work with cadavers!

NBC orders up a pilot for Jessica Simpson >> 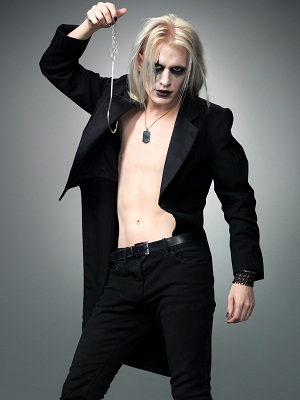 Morgue is what some people call a “shock artist” and what others would call “a reason not to homeschool.” After growing up and being homeschooled in Montana for most of his life, Morgue moved to Orange County with his dad and soon found himself as a free agent performing on the boardwalk. Before long, Todd heard about Morgue’s act and invited him into the Freakshow. The act? It includes a drill as well as hooks, needles and billiard balls that take turns entering and exiting various parts of his body.

“I like to tell people I’m called Morgue because if they tried what I try, they’d be dead,” he told AMC.

One of the first performers Todd Ray hired for the Venice Beach Freakshow, Murrugun has been a mainstay since practically the beginning. His show is perhaps the most painful to watch, too. Murrugun not only swallows swords but also plays the part of a human pincushion. His act includes pushing parts of steel rods through his arms, face, back and chest. The inspiration for his life’s work? The 1932 cult classic Freaks, which showcased real humans with malformations who were making a life for themselves just by being who they were.

Freaked out? Us, too. And that’s only the beginning! You’ll meet a few more interesting people if you tune in! Freakshow premieres tonight, Valentine’s Day, on AMC at 9:30/8:30c.