Is something fishy going on with Joaquin Phoenix’s PETA ad? The animal rights group alleges it’s been shut out of an opportunity to air the video seen here on the Oscars’ big night! 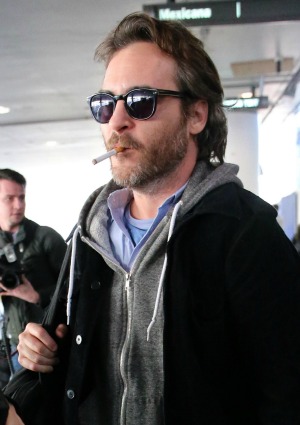 Joaquin Phoenix is willing to go to great lengths to promote the vegan lifestyle along with PETA (People for the Ethical Treatment of Animals), but their efforts have reportedly been shut down by the Oscars.

The actor, seen below drowning to get his point across in a 40-second spot, will apparently not get to see his work air during the 2013 Academy Awards on Feb. 24 because of its “controversial” nature.

Why PETA hated the #BeyonceBowl >>

Along with dramatic footage of Joaquin Phoenix (whom you may recall was already no fan of the Oscars’ “bulls***”) losing his breath underwater, the actor’s voice-over narrates eerily, “In water, humans drown just as fish suffocate on land. It’s slow and painful and frightening. And we do it to more than one trillion fish every year.”

In a statement to E! News, PETA explained of the kerfuffle, “Capitalizing on the buzz surrounding Phoenix’s critically acclaimed performance in The Master, PETA moved to place the ad during the Academy Awards, but ABC deemed the video to be too political and controversial to run during the broadcast.”

Not too hot, however, for television at all. The PETA spot is instead scheduled to air during late-night television’s Jimmy Kimmel Live!, but you can go ahead and check out Joaquin Phoenix drowning for his beliefs right here, right now.

Do you think Joaquin Phoenix’s PETA ad should be allowed to air during the Oscars?