The latest Sesame Street lesson is being brought to us by the letter “B” as in billion! The children’s television program is entering Justin Bieber–level popularity on YouTube. 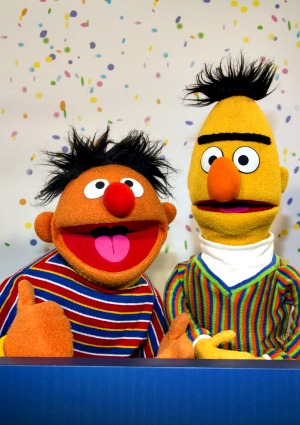 You — yes you — can help Sesame Street get to its goal of 1 billion YouTube views!

As seen in the video below, Sesame Street is asking fans to “Tell-y” them how to get to Justin Bieber–level popularity. (Or should we say Psy-level?)

While reaching the upper stratosphere of YouTube popularity is an accomplishment for anyone, if and when Sesame Street reaches its goal, it’ll be the first nonprofit or U.S. children’s media outlet to do so on YouTube.

As many parents likely already know, Elmo and the gang are no longer just television stars — they’re just as likely to be watched on a tablet, phone or laptop as they are on PBS.

“We have this theory that if we get content on multiple platforms and devices, it gives kids and families a chance to reinforce and experience the curriculum multiple times,” Terry Fitzpatrick, executive vice president of content and distribution for Sesame Workshop, explained while encouraging parents to always watch with their children.

“It blows me away to think about how popular and strong a platform [YouTube] has become for us,” he added.

Elmo in, Snoopy out at Thanksgiving Parade >>

As this article is posted, non-sexual puppets Bert, Ernie and the rest of the PBS-loving gang are getting extremely close to their goal. The Sesame Street channel’s view total is up to a whopping 978,247,378 — and counting!

Call in Count von Count and keep the tally rolling. There’s a top-secret video from Sesame Street waiting to be unlocked when the mega-milestone is reached!