The Emmy-winning actor, best known for his role Tyrion Lannister on Game of Thrones, is officially part of Bryan Singer’s X-Men: Days of Future Past. 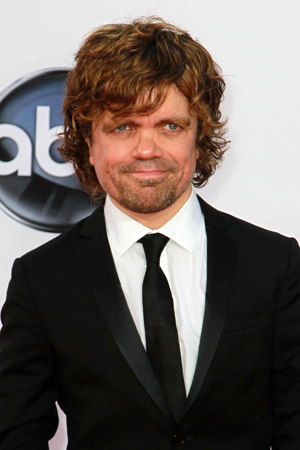 That’s what fanboys worldwide are praying after the news that the actor, most famous for his leading role on Game of Thrones, is to join director Bryan Singer’s X-Men revamp.

One fan tweeted back “@BryanSinger This cast so far is INSANE!”

Not to mention that Bryan Singer was the director of the first two X-Men movies — a.k.a. the good X-Men movies — so possibly Singer can wrestle Days of Future Past into something satisfying.

Anyway, Singer didn’t mention in his tweet what role Dinklage will play, but most assume it’ll be Puck, whom Entertainment Weekly describes as “a strapping adventurer who found his physical stature shrunk by mystical forces — making him smaller, but no less of a forceful fighter.”

Entertainment Weekly also pointed out that MODOK is “another smallish Marvel character whose size belies his chaos-causing prowess as a villain.”

EW made a good point, though, in noting that the role Dinklage plays needn’t necessarily correspond with his physical stature: “This star of The Station Agent and Game of Thrones has personality that transcends his height, and could being energy and charm to just about [any] character — good, evil, or in-between — that Singer hands him.”

May we point out that Dinklage can play both menacing and hilarious. Did you see him on 30 Rock as the love interest Liz Lemon met when she assumed he was a child on seeing him from behind and rumpled his hair?

How about Dinklage’s turn as an inhumanly arrogant children’s book author in Elf?

This movie sounds great. Now all we need is full frontal nudity from Michael Fassbender to make it perfect. Do you suppose that’ll be a problem?

Are you excited for the latest X-Men?