Katie Couric is thoroughly freaked out after 10 separate calls to 911 have been made on the same night and time for the last 10 weeks. Is the ghost of her late husband reaching out from the grave? 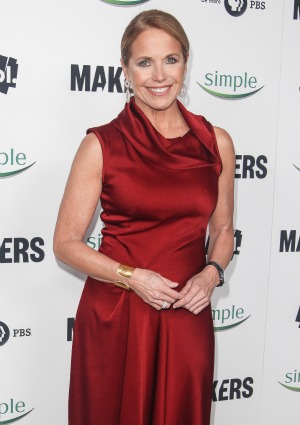 Journalist Katie Couric was devastated when the love of her life was felled by colon cancer in 1998. Is her late husband now trying to reach out from beyond the grave? That’s what some are saying after no less than 10 separate 911 calls have been made on a seldom-used landline in Jay Monahan’s name in the couple’s home.

Couric explained the strange phenomena to her Katie audience when she showed up on set late and exhausted.

“It’s happened like three times the last three weeks,” Couric told the audience, adding that it has happened a total of 10 times in the last several months.

“Every day, every time at 2 a.m. on Tuesday morning. I was out of town the last time it happened and apparently it happened before when nobody was home,” she said.

Police say that when 911 picks up, they hear nothing but static. Couric would get a callback from the 911 operator who automatically sent a cruiser to her New York City apartment.

“Katie said it was especially disturbing because it came in on her late husband Jay Monahan’s landline, which she has kept all this time,” an audience member told the New York Daily News.

Almost as spooky as the time Larry King tried to get her into bed!

Worried someone is hacking into her phone line, Couric called in a personal favor.

“So I called [New York Police Commissioner] Ray Kelly, who I know just through the years seeing at different things. ‘Ray, this is so weird but can you help me? I don’t know what to do,'” she said.

“That is one of the perks of being well-known, that you can get through to Ray Kelly.”

A police source confirmed to the Daily News that the matter is under investigation and they are trying to determine if the phone line is faulty or if Couric is the victim of phone spoofing or swatting a la Chris Brown.

“The matter is under investigation. We’re trying to determine if it’s a malfunction or not,” said the source.

Alternate explanation: Katie Couric has a ghost husband with an emergency.