Conor Kennedy, Robert Kennedy Jr. and Daryl Hannah were arrested outside the White House on Valentine’s Day morning. But it was for a good cause! 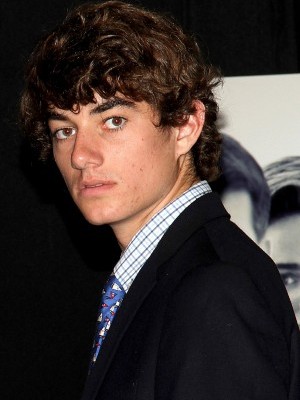 Although there are currently no Kennedys serving in government, that doesn’t mean members of the family don’t take their role as U.S. citizens seriously. So seriously, in fact, they’re willing to be arrested.

Such was the case this morning when, just a few months after breaking up with Taylor Swift, Conor Kennedy and Robert Kennedy Jr. (along with actress Daryl Hannah) were arrested outside the White House while protesting.

They trio sat among around 50 members from the Sierra Club, 350.org, and Committed Citizens. The group was protesting the Keystone XL Pipeline project. The pipeline has been proposed in an effort to transport crude oil from Canada to the Gulf Coast. Hannah was arrested in October 2012 while protesting the pipeline in Texas.

The protesters, many of whom were using zip ties to attach themselves to the black iron fence around the White House were arrested and taken from the scene. There has been no official word if charges were pressed or fines were to be paid.

Katy Perry rocks the vote in a latex dress >>

Though laws involving protests are fairly clear in most instances,  they can be a little tricky when it comes to the White House . For a long time, the rule was simple. If you wanted to protest in front of the White House (where everyone stops to take pictures), you had to keep moving. No sitting.

How strict they are with those rules seems to depend on the current political climate and the number of people on hand. But from a look at past cases, the police have been far from consistent in their treatment of protesters. The biggest problem, it seems, comes from the fact that not only is the White House a business/government facility, it is also a residence.

So should we be allowed to protest outside the White House without fear of arrest? On the one hand, it’s a government building and U.S. citizens’ taxes pay the salaries of everyone inside. That should make it public property, right? On the other hand, President Barack Obama’s family lives there and it’s also the most guarded real estate in America (for obvious reasons). Could a flock of protesters cause a distraction for something awful to happen?

The front of the White House is also a tourist destination and people sitting (and even pacing) in front of that impedes other Americans from enjoying the view or taking a pictures. If you’re going to limit protesting outside the White House, where do you draw the line? What should the consequences be? It’s a pretty interesting concept to consider.

Should people be arrested for protesting outside the White House? What rules would be fair? Share your thoughts!