Gryffindors always knew Ron Weasley was a superhero. Now that adorable ginger can finally prove it in Super Clyde! 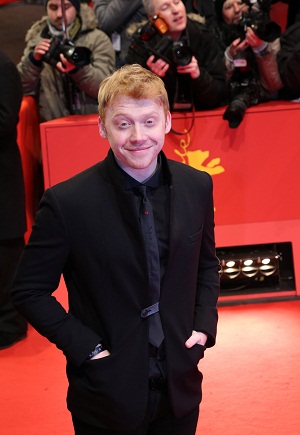 Daniel Radcliffe was the serious actor of the group. Meanwhile, Emma Watson was the gorgeous one. But of the three best buds in Gryffindor, Rupert Grint was a bit of a wild card. He killed it playing Ed Sheeran’s obsessive fan in the music video for “Lego House.” But fans of the awkwardly adorable ginger kid kept waiting for something more. Now, we they finally have it!

Not only is Grint diving into yet another (hopefully) long-term project, but the Brit is doing it on American airwaves.

Grint will play the title character, Clyde. According to The Hollywood Reporter, Clyde is a “well-meaning and sweet yet slightly neurotic guy who never feels like he really fits in.

The avid comic book reader considers himself a borderline agoraphobic with mild to severe anxiety issues who wishes he were a superhero himself. When Clyde inherits a $100,000 a month inheritance from his long-dead eccentric Uncle Bill, he decides the cash will be his secret superpower and will use it only for good and reward the good-hearted.”

Emma Watson: It was harder to kiss ‘Ron’ in Harry Potter >>

There are two more places you can see Grint in the near future. To see how he fairs as a hero of sorts, check out the World War II drama Into the White. The film is about a handful of British and German pilots who are shot down into the frigid Norwegian wilderness and forced to work together to survive. He’s also scheduled to play a part in The Drummer, a biopic about the Beach Boys that also features Aaron Eckhart and Chloe Moretz from Kick Ass.

Oh, Weasley! We’re so excited to see you, again! Ten points to Gryffindor for the sheer fact that you exist.