The Russians have plenty of tricks up their sleeves. 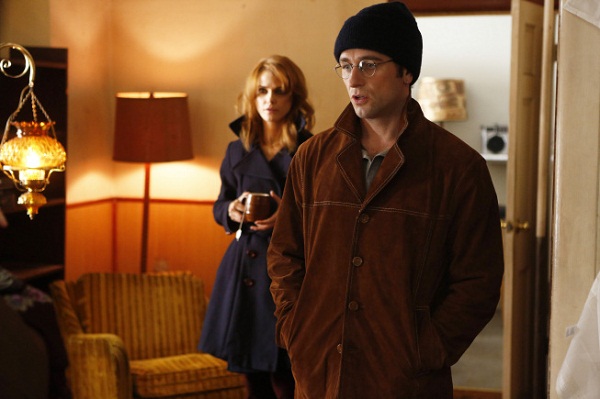 Poor Phillip fell victim to a heap of bad news this week. By the end of the show, he not only felt betrayed by his wife/cover but also by his former connection. (He was betrayed by his country, too. He just doesn’t know it yet.)

In this episode we meet Gregory, an old “friend” of Elizabeth’s (Keri Russell). The two met when Liz and Lip first moved from Russia to America when Elizabeth was in her early 20s. Since Phillip (Matthew Rhys, of the well-loved and missed series Brothers and Sisters) and Elizabeth were set up by the government, they still weren’t quite in love… they were just each other’s cover and partner. Gregory was this strong, passionate American who believed in the same things she did. She fell in love. She kept it hidden, because that’s what good spies do. 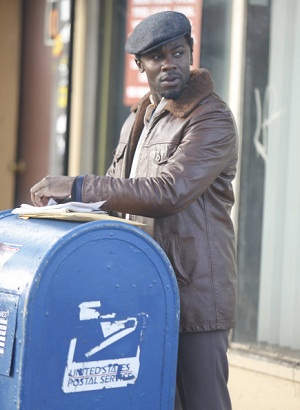 Because Gregory has major problems with America, he’s always willing to help Liz and Lip. When they’re in Philly investigating a strange message sent from a dead guy, Gregory and his team provide cover for them to figure out who sent the message. When Gregory tries to hook up with Elizabeth for old time’s sake, she refuses. It’s been 15 years now and she and Phillip seem to have finally clicked and fallen for each other.

Gregory is worried Liz is still just a cover to Phillip and lays everything out for her husband, wanting Lip to tell him how he feels about Liz. He refuses and, instead, confronts Elizabeth. It’s super tense for a while.

Eventually, after a long night of spy work, they collapse at the kitchen table to wait for the kids to wake up. Like all secrets, the truth comes spilling out while sitting in the kitchen. In the end, Phillip doesn’t say anything after her confession. But, he doesn’t pull away from her touch either. Luckily, even when he’s mad and wants to fight, she’s a tough chick and can hold her own.

About that message from the dead guy

In the very first episode, we meet Robert. He’s another spy who works closely with Liz and Lip. Unfortunately, he’s stabbed within the first few moments and they drop him near a hospital before carrying on with their mission. Robert dies and somehow his death gets back to the FBI and they know he’s a spy. They track down his wife and, unbeknownst to her (she didn’t even know what he did for a living) begin to track her.

Meanwhile, Robert had told his wife that if he ever went missing for more than two weeks to put a message in the classifieds. It was a special code that meant Liz and Lip should meet Robert at a designated location. Considering Robert was supposed to be dead, they were pretty freaked out. With the help of Gregory, they do some work to find out that it was Robert’s wife who put the message in the paper (they didn’t even know he was married!) but that she’s being tracked. Another elaborate scheme later and they end up swiping the wife off the street right out from under the FBI’s noses.

The Americans sneak peek: Our fave Russkies are in hot water >>

There’s a mission to complete and the drama with Gregory to deal with but eventually, they secure the wife’s safe passage to Cuba where she can live happily and away from the prying eyes of the U.S. government.

At least that’s what their new boss, Granny, tells Liz and Lip

In reality, we see the baby being delivered back to Russia to its grandparents. And the wife? Her dead body turns up in a car outside Philly. What will happen when/if they find out? Liz’s loyalty has already started to sway. Will the slaying of an innocent mother be the end for her? Only time will tell!

The Americans airs on FX on Wednesdays at 9/8c.