How I Met Your Mother star Alyson Hannigan had to file a restraining order to protect herself and her family after a New Hampshire man made threatening comments online. 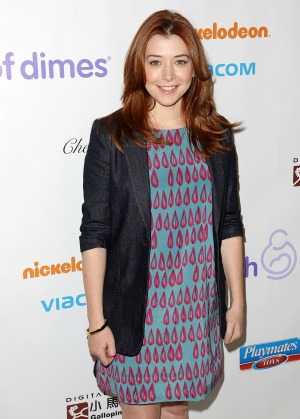 Sometimes life in the spotlight can get a bit scary, and that’s exactly what How I Met Your Mother star Alyson Hannigan is currently experiencing.

On Wednesday, the sitcom actress was granted a temporary restraining order by a Los Angeles judge to keep 43-year-old John Hobbs away from her; her husband, Alexis Denishof; and their two children.

TMZ is exclusively reporting that in the filing, Hannigan wrote that Hobbs had been posting messages about her online over the last two months. The threats written by Hobbs included, “a barrage of threatening messages directed at me and my family on various websites.”

The accused is a resident of Nashua, New Hampshire, and he reportedly was released from a mental hospital recently. His threats have included raping the actress and taking her to the “after-life.” He’s made these comments on her personal website, MySpace and Facebook.

An online message from Hobbs about Hannigan read, “Lets see How can I get myself in troble today. If I go with what I’ve been acussed of Most of my Life, I suppose I should start with being a rapist, so any nice girls out there want to get raped?”

Nashua police paid a visit to the harasser, and based on their meeting with him and a review of his personal Facebook page, they reported in a court filing that “Hobbs seemed to be living in an alternate reality.”

Hannigan has never met the accused, but after police reported Hobbs wanted to visit the actress in California, she clearly had to take legal steps to protect her family.

In the meantime, the actress continues to film Season 8 of her CBS hit comedy.