Jeff Probst is going back to his night job. The Survivor host couldn’t outwit or outlast the competition in daytime television. Nearly halfway through its first season, The Jeff Probst Show has been canceled. 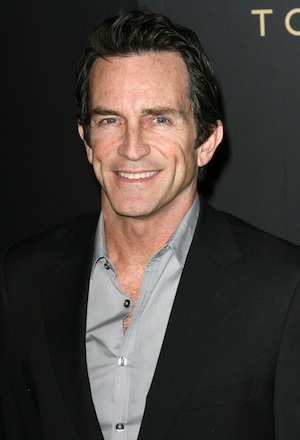 When it comes to daytime television, it’s the survival of the fittest. Last fall, there was an onslaught of freshman talk shows from Steve Harvey, Katie Couric and more.

As of late, the newcomers have been dropping like flies. The most recent casualty is reality TV host Jeff Probst. His syndicated series, The Jeff Probst Show, has been canceled by CBS Television Distribution.

Jeff Probst takes his chances with daytime show in 2012 >>

According to The Hollywood Reporter, the studio released a statement explaining its decision.

“We believe Jeff is an incredible talent, and that he and his dedicated producing team delivered quality episodes throughout the season,” said CTD.

“Unfortunately, the audience isn’t there to support a second year. We are grateful to the entire staff, our affiliate partners and advertisers for their ongoing support of The Jeff Probst Show. Production and broadcast of original episodes will continue through the current season.”

Probst fell victim to low ratings, and considering the crowded market, we’re not shocked. Even talk show vet Ricki Lake was dropped after her second outing failed to generate an audience. The television landscape has changed. Despite the harsh reality, Probst is thankful for the opportunity and remains optimistic.

“I’m super bummed but extremely proud,” said Probst. “The truth is all shows come to an end. Ours just ended a decade sooner than we had hoped.”

Look for the final episode of The Jeff Probst Show to air sometime this summer.

Are you shocked by the show’s cancellation?