Just in time for Valentine’s Day, this single sets the bar high for both the artist and those in search of a great love. 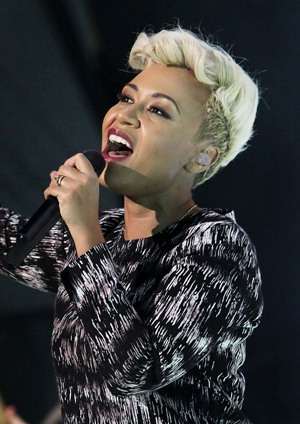 Lonely or taken on Valentine’s Day?

Doesn’t matter! You can vibe to this song as long as you believe in love.

It’s not often you hear a love song that talks about a healthy, balanced relationship. There are a few songs like that out there, but there are more that talk about the pitfalls: Cheating, unrequited love and loneliness.

Valentine’s Day, whether you like it or not, should be a happy day. It’s about love! And all of us want to live happily ever after. In this song, Emeli Sandé will give you realistic hope for it. Real men (and women) know how to cherish and love you right.

Today, listen to “Next to Me,” an ode to one loyal man and a standard for what all of us deserve!

Just how good is this song?

The voice may lure you in, but it’s the lyrics that will make you stay to listen. The devoted man she sings about sounds like a keeper:

“You won’t find him drinking at the tables
Rolling dice and staying out til’ 3,
You won’t ever find him being unfaithful
You will find him, you’ll find him next to me”

The song sounds like a Colbie Caillat track, but the songstress has a tone like Beyoncé. It evolves into an intriguing (also known as the polite way of calling it strange) combination by the chorus, because then it’s accompanied by gospel-like background vocals.

The Huffington Post described the singer/songwriter by outlining few of her accomplishments in the U.K.: Singing at the Olympics, several songs soaring to the top of the charts, awards, and a performance at the famed Royal Albert Hall. She’s making waves in the United States, too, as Just Jared mentions her generating “buzz at Clive Davis’s annual party” and collaborating with the up-and-coming star Kendrick Lamar.

If you liked Alicia Keys’ song “Brand New Me,” the lyrics were co-written by Sandé, who also has plans to collaborate with Calvin Harris, according to Capital FM. As a creative genius himself (who has worked with the likes of Rihanna and Florence Welch), he set the bar of expectation high for Sandé when he said: “I’m very fortunate to have worked with a lot of people… Number one on the list is Emeli Sandé.”

Sandé has left quite the impression on both Harris and myself! Check out her single below.

Want more? Check out our other music reviews: