Dancing with the Stars is set to begin its new season on March 16, and viewers are buzzing over who will be the latest celebs to hit the dance floor. 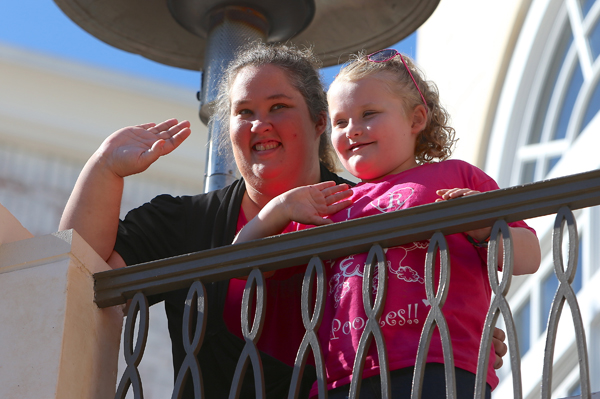 Dancing with the Stars fans will be glued to their television sets Feb. 26. That’s when cast members for Season 16 of DWTS will be announced, on that morning’s Good Morning America.

USA Today reports that all of the contestants will be newbies, and some very interesting names are being proposed as potentials.

The New York Daily News writes that an “insider” was willing to name names. Top of the list: Victor Ortiz, the 26-year-old boxer who was famously sucker-punched into unconsciousness by Floyd Mayweather in 2011.

The boxer has gotten a reputation as somewhat of an eccentric in the sports world, once for claiming at the end of a fight that he didn’t think he deserved “to be getting beat up like this.” He also lends his name to a product called VO FaceLube, which possibly has the most unintentionally amusing product name since the iPad.

If Ortiz does take his footwork onto the DWTS stage, he’ll be the fifth boxer to do so: Lailah Ali, Evander Holyfield, Floyd Mayweather and Sugar Ray Leonard have all competed.

Mama June made headlines recently with a 102-pound weight loss.

“I haven’t done any surgeries… no diet pills… never went to the gym,” she told People. “But with the show I’ve been more active.”

Which show, Mama June? Which one?

USA Today reports the March 18 premiere will be a two-hour special, and will feature regular hosts Tom Bergeron (who’s reputedly quite happy with the gig) and Brooke Burke-Charvet. Judges Carrie Ann Inaba, Len Goodman and Bruno Tonioli will also return.