A recent TiVo study found that most of us would give up our romantic date night for a chance to spend some time with our DVRs. Are you looking for an escape from your love life or something to relate to? 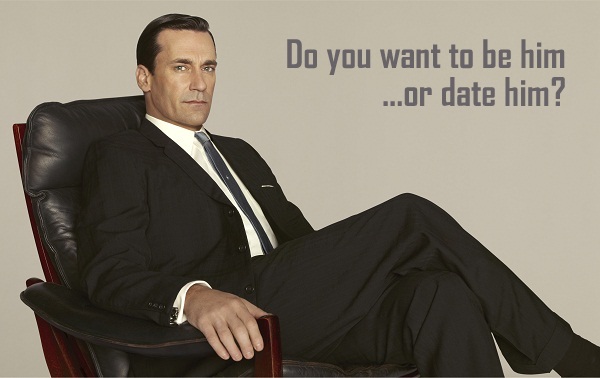 Are you a Hannah, an Emily, an Edith or a Jess?

A recent TiVo study found that most of us would give up our romantic date night for a chance to spend some time with our DVRs. Are you looking for an escape from your love life or something to relate to?

The TiVo survey also found that Don Draper from AMC’s Mad Men is the TV character with whom respondents (32%) most closely associate their own love lives! Girls‘ Hannah followed up with 31%. Really guys? We want your love lives. Here’s a look at some television characters and how their love lives seem to progress. Which one are you most like? 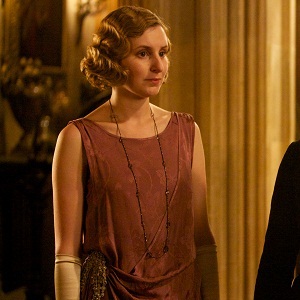 If you’re an Edith, you’re forever falling for the wrong guy. Edith truly wants to fall in love and be adored, but she just can’t seem to pick a decent gent. First, she fell for an injured war veteran who was around twice her age. Inevitably, he fell to the concern of her father and left her at the altar, afraid he’s too old for her and will leave her unhappy. Now she’s taken to another older gentleman who is also (dun-dun-dun!) married. On the possibly bright side, the wife is apparently super crazy and they only reason they’re still married is because it’s hard to divorce someone mentally unstable. Will she ever catch a break? 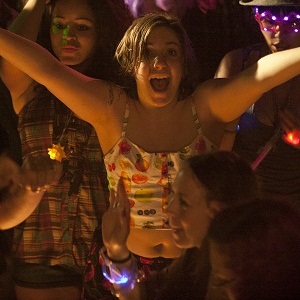 Hannah is an enigma… but not the cool kind. Just like you never know what kind of pretentious things will spew from her mouth next, you also never know what sleazy disco stick she’ll let in her next. She talks a big game, but she keeps hooking up with the kind of guys that just aren’t right for any girl. There was Adam, the crazy man and the pizza delivery guy followed by a hallway hookup with a former junkie living in Marnie’s basement. Recently, there was the semi-married man she’d just met. In other words, if you try to hide your deep-seated confidence issues by taking your clothes off too often and sleeping with random slackers and the bats*** crazy, you’re definitely a Hannah. 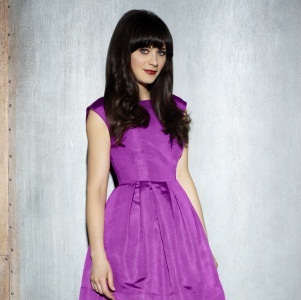 If you watch New Girl, you’ve been rooting for Jess and Nick to end up together since the very first episode. He’s the guy who will answer her phone when no one else will and who can deal with her Joni Mitchell sound-tracked pity parties, and he’s the only person on earth who wouldn’t be severely disturbed by finding she’d put a melon in his hoodie and spent the evening bonding with it. She lives in a house with three guys but goes to Nick almost exclusively. They have to end up together, but they have to overcome their denial first. If you have a friend like Nick, you’re probably a friend like Jess. Suck it up and kiss that BFF already! 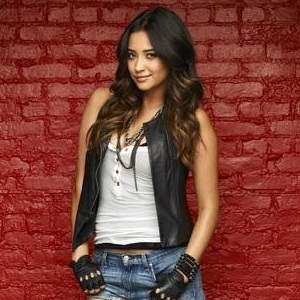 There’s more to Emily than just the fact that she plays for the other team. After a spending time in the closet, she’s not sure of herself and OK being that person in front of others. Dating someone who isn’t as open is rough and usually causes trouble. She’s also fiercely loyal to her loves, no matter what the gossip mill is saying this week. If you need a partner who is as sure of your relationship as you are, you’re an Emily. If you’re an Emily, you’re also pretty stubborn when it comes to admitting defeat when faced with gossip that just might be true. Our advice: Keep that loyalty, but guard your heart, girl! 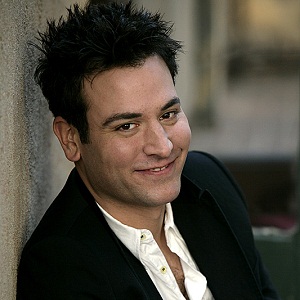 How I Met Your Mother >>

Ted is actually quite similar to Edith. The biggest difference is that he’s had a lot more relationships. Most of them just came to normal endings, though. Even when he was left at the altar by Stella, it was the typical case of one person not being over their ex. The most important thing about Ted Mosby is that he never gives up. He keeps trying! In fact, he’s a hopeless romantic. If you will happily take being dumped by dozens of potential soul mates all for the sake of finally meeting the person you plan to move to the ‘burbs and make babies with, then you’re definitely a Ted! 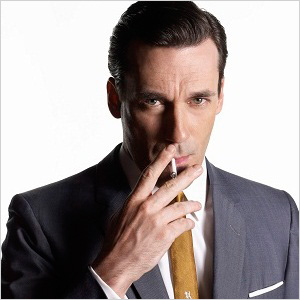 Somewhat like Ted, Don is on a perpetual quest for romantic happiness (and escape from his past). He thought he’d found it with Betty but soon felt restless. Enter Midge then Rachel then Suzanne and many, many more. Seriously. From an older woman to a very young girl and from his daughter’s teacher to a hooker, Draper has made the rounds. Mostly, Don likes powerful women he can screw into submission… then he gets bored and moves on to his next conquest. If you’re a top, have a history of cheating (that you often kind of regret afterwards) and like the occasional one-night stand, you’re a lot like Don. Give him a call… he could probably use a new drinking buddy.