The stars of the new animated action-comedy, Escape from Planet Earth, chat with us about doing a children’s movie and how they balance it all. 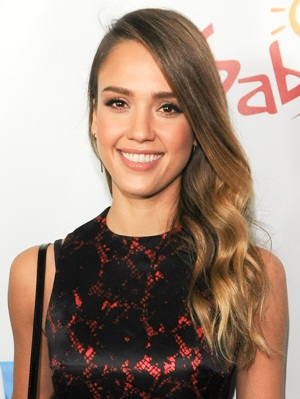 In Escape from Planet Earth, the animated aliens of planet Baab deal with real-world issues, like choosing between having a career and spending time with family… oh, and saving the galaxy, of course.

We got the chance to sit down and chat with the film’s stars Jessica Alba, Rob Corddry and Sofia Vergara recently, who, as popular actors, know what it’s like to juggle work and family.

“I feel like in society we put a lot of pressure on ourselves,” Alba told SheKnows. “You have to be the perfect kid, and be the best at all the sports, and be the brainiac. I’d rather not do that. I just try to do the best I can.”

Which is why doing an animated flick fits perfectly for these busy showbiz parents.

“It’s fun to be able to do a movie that I know my kids can see and enjoy,” said Alba. “Ninety-nine percent of what I do, they will never see… if I have any say in it.”

WATCH OUR INTERVIEW WITH JESSICA & ROB

Corddry agrees, and told us that his kids have enjoyed the fact that he’s gotten to play an alien and a zombie this year, in the recent film Warm Bodies.

“I don’t think they quite understand it,” laughed Rob. “They were on [the Warm Bodies] set and the makeup artist did something on them. They loved it. They were intrigued by it.”

Even the gorgeous Vergara, who plays sexy alien reporter Gabby Babblebrock, says her 21-year-old son is excited to see the film.

WATCH THE FULL INTERVIEW WITH SOFIA

Be sure to catch Jessica Alba, Rob Corddry and Sofia Vergara in Escape from Planet Earth, in theaters today!