Fans of Joseph Gordon-Levitt will love this quick and adorable video of Levitt’s visit to Sesame Street. 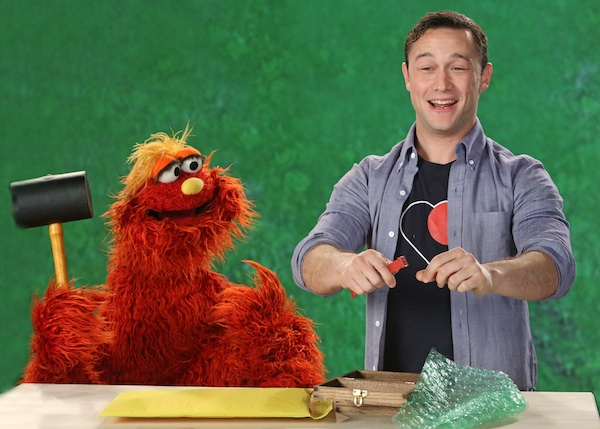 As if we needed another reason to love Joseph Gordon-Levitt, the actor visited Sesame Street to help us all understand the world “reinforce.”

No princesses allowed on Sesame Street? >>

In the three-minute clip below, watch Joseph Gordon-Levitt, nicknamed “Joe” in the skit, work with Sesame Street resident Murray as they demonstrate the word of the day with the help — or sacrifice — of JGL’s favorite watch. (It was a gift from his grandmother, you know.) The entire scene is totally adorable.

Clearly, Levitt is committed to this role and finds a great balance of acting and sincerity. Our favorite part is the wince at the end when —surprise! — Murray accidentally hits Joe on the foot with a hammer. Joe’s response? “I should have reinforced my shoe.” Ah, we see what you did there. Clever. Very clever.

Sesame Street was created in 1969 and is a staple of PBS since it first aired on the network in 1970. The educational children’s series is widely popular: a 1996 survey found 95 percent of all American preschoolers watch Sesame Street and in 2008 a federal government report found over 77 million adults watched the show at some point as children.

You can watch the full clip of Joseph Gordon-Levitt on Sesame Street below.