Seriously, dude? Since when did movie critiques become a chance for you to air your petty grievances? 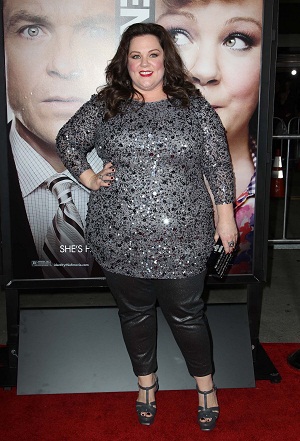 Some people just don’t know how to be critics without being a**holes. Such is the case with the New York Observer‘s film critic Rex Reed. It is one thing to deliver a scathing review to an awful movie, but he also personally attacked actress Melissa McCarthy by referring to her as “obese,” “tractor-sized” and a “hippo.”

The writer clearly has some deeply rooted personal problems with McCarthy and they seem to have influenced his critique of the new film. While many of his colleagues have had much kinder things to say about the movie (even the ones who didn’t particularly love it weren’t quite so obnoxious about it), Reed tore it apart.

Fox said “McCarthy makes the journey worth it” and the New York Times called McCarthy “the movie’s bliss.” Meanwhile, Reed seemed to blame all of the faults the movie had on McCarthy.

“Melissa McCarthy (Bridesmaids) is a gimmick comedian who has devoted her short career to being obese and obnoxious with equal success,” Reed wrote.

He even went so far as to call her “cacophonous, tractor-sized,” as if that had anything at all to do with the movie. It’s a little bit confusing, honestly, because if you search for Rex Reed, you’ll find he’s no slim jim himself and is far from a looker. He’s vaguely reminiscent of Jay Leno, but without the chin and, clearly, with even less humor. Is he perhaps just jealous because while McCarthy was able to make it in show business, even as a larger-size woman, while he has been delegated to the dark recesses of a movie theater? What a jerk.

Identity Thief is thievery at its comedic best >>

In a discussion on her weight, McCarthy once told Good Housekeeping, “Sometimes I wish I were just magically a size 6 and I never had to give it a single thought. But I am weirdly healthy, so I don’t beat myself up about it — It wouldn’t help, and I don’t want to pass that on to my girls.”

We agree. While we all want to be slender, it’s more important to be healthy and a good example to any little girls in our lives. If McCarthy were constantly obsessive about her weight, what sort of effect would that have on her daughters?

Here’s the rub: If the movie sucked, then it sucked, and there’s no reason not to point out the faults. We did. But there was absolutely no reason to attack McCarthy’s body. We think she’s pretty dang beautiful and absolutely charming on Mike and Molly.