It all comes to blows in the final episodes! When things get ugly, will Hannah eat her feelings? 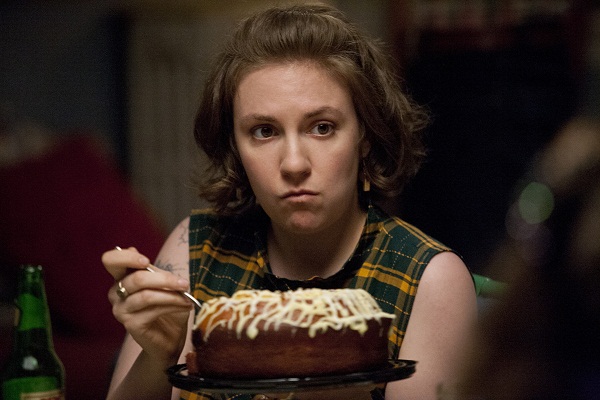 We’ve got the rundown on the final episodes of Girls Season 2, and we thought we’d share ’em with you. Sometimes they’re a little vague, but we’ve tried to sort it out as best as possible. We’ll go girl-by-girl-by-Adam!

Oh, Marnie. While Marnie’s (Allison Williams) snottiness is real and we love it, she often comes off as the least believable character — if only because of her sweeta** apartment and no real job. Well, and her awful treatment of Charlie, the most kind and adorable guy on the show! When she and Charlie broke up, we thought we’d seen the last of him. When they both came to Hannah’s dinner party and had a heart-to-heart on the balcony before Marnie told him she still didn’t want him, we really thought we were done with him. It looks like he’ll be back, though. The one-time band member will catch Marnie’s eye, again, when she learns he’s now the proud creator of a successful app company. Now that he’s rolling in dough, will her opinion of him change? HBO also hinted that she’ll begin to take an “unsettling step toward following her dreams.”

Pure speculation: Since Booth is in the art world and that’s where Marnie wants to be, we think she’ll decide to pursue a relationship with the creepy wannabe artist. 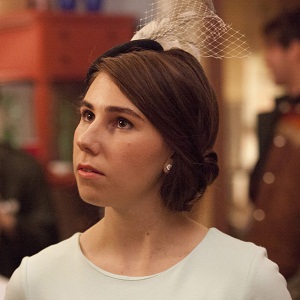 It looks like the relationship between the adorably naive and fretful Shoshanna and her grumpy but endearing boyfriend, Ray, may be headed for trouble, again. They may have confessed they love each other, but do they really know that much about one another? When Ray refuses to attend a college party, Shoshanna is concerned. His aversion could be due to his age, and it may leave Shosh realizing she’s just not ready to settle down with someone older and less inclined to experience college life with her. But the man works at Grumpy and is rather surly, so isn’t it also possible he’s just not that into parties? Despite the fact that Shosh often goes, she never seems to enjoy herself and usually appears to have been dragged there by one of the other girls. So, what’s the big deal?

For no apparent reason, Hannah (Lena Dunham) was given a book deal. One stipulation: The book is due in a month. As the deadline looms closer, Hannah continues to delay and soon finds herself with just a day to go and nothing resembling a finished manuscript. Meanwhile, she’s apprehensive about sharing her book with her parents. Why? Our best bet is that (1) it details all her sexual exploits and (2) she no doubt rails against them for not continuing to pay her rent until she’s 35. It looks like dark times are ahead for Hannah. It’s possible that we’ll see a hint of real post-college life on Girls after all! 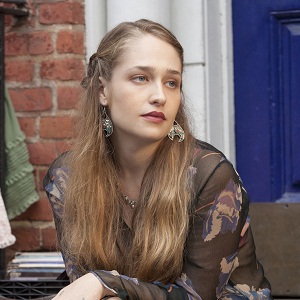 We know nothing of Jessa (Jemima Kirke), of course. They play her so close to the belt and so sporadically, it’s just not fair.

Despite being crazy as hell, Adam (Adam Driver) manages to score a new girlfriend. It happens during an AA meeting when a woman comes up to him and suggests he meet her daughter, Natalia. That’s right. This woman wants to hook up her daughter with a man who has just started AA. What a winner. By the end of the season (at the end of March), Adam and Natalia will have their first fight. We have a sneaking suspicion that things won’t end well.

What are you hoping is resolved by the end of Season 2? What do you want to see from Season 3? Tell us everything!