The actor is now one of the legends of Hollywood, and he imparts some of the wisdom he’s gained in the new issue of GQ. 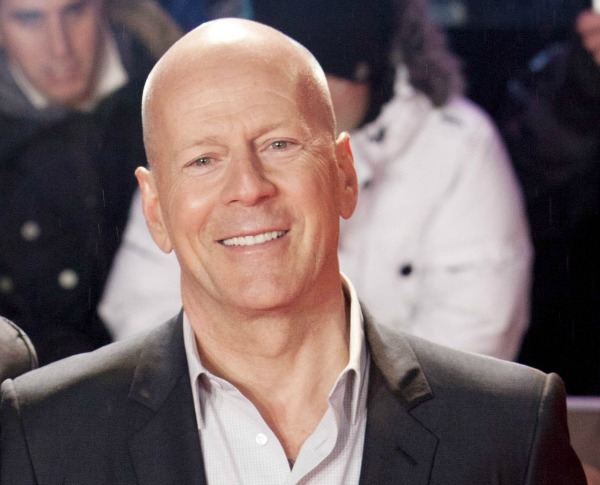 Bruce Willis has been in Hollywood for three decades now, and he’s learned a lot. He graces the cover of GQ this month and inside talks about the wisdom he has gained.

Willis was asked about any link between violence in movies and real life, two subjects he has worked hard to separate. But he said he has gotten better advice than just to try to defend movie violence.

“I recently heard one of my fellow actors say it in three words: Just shut up. Just go silent,” he told GQ, according to the Huffington Post. “Maybe it’s being older; maybe that’s just a tiny tag of wisdom, that you’ve got to think about something before you say something. I once thought that somehow, with this job, also comes the inherent right to say whatever the f*** I want regardless of whether I’m right or wrong or think that anybody needs to hear it or should hear it.”

He takes that same advice for the movies he chooses. Willis is just working to play the best characters he can, and he keeps his personal life separate from those characters.

“[My goal right now is] to keep it looking lifelike,” he said. “In the past few months, I’ve read a lot about Old Hollywood—Gary Cooper, Cary Grant, Spencer Tracy, Audrey Hepburn, William Holden. Every story is that everyone was struggling. Everyone was flailing wildly. And it’s kind of reassuring, because if you only see the performance, it’s easy to associate that person with their work. Cary Grant was referring to himself as ‘Cary Grant the actor. That’s not me.’ He would make a big difference between those two things.”

At this point in his career, Willis is free to play the characters he wants, in the way he wants, because he is no longer controlled by things like alcohol. The actor has been outspoken on his being sober, but he seems to know himself better now because of what he went through with addiction and recovery. He is confident he knows how to handle it now.

Trailer: A Good Day to Die Hard is a family affair >>

“I had been sober [for a while],” he told the magazine, according to the Huffington Post. “But once I realized that I wasn’t gonna run myself off the pier of life with alcohol, drinking vodka out of the bottle every day… I have wine now, mostly when I eat.”

Willis stars in A Good Day to Die Hard, in theaters Feb. 14.