The Killing‘s coming back with a vengeance. The AMC drama has tapped Peter Sarsgaard as its new baddie. The actor’s best known for his work in films such as Jarhead, An Education and Green Lantern. 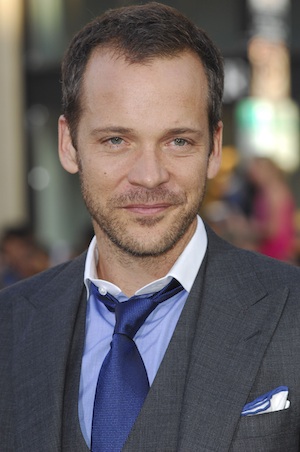 Acclaimed film and stage actor Peter Sarsgaard is heading to the small screen. Somehow, the folks behind AMC’s The Killing scored him for Season 3.

The cast will include veterans Mireille Enos and Joel Kinnaman alongside newcomers Amy Seimetz, Elias Koteas and Max Fowler.

Where does Sarsgaard fit in? According to EW, he’ll have a sadistic role. The actor will play Tom Seward.

He’s “a death row inmate for whom the clock is ticking down. A lifelong convict born into poverty and crime, Seward’s been in and out of the system for violent crimes since he was 10. Not ever wanting to appear weak, every interaction is a challenge, and one he must dominate.”

This sounds like juicy material for Sarsgaard. We’ve seen him play the bad guy in several films, and he’s great at it. Unfortunately, we’re not sure when we’ll see him in action. AMC hasn’t announced the season premiere date. But the network has released a brief synopsis of the upcoming storyline.

“A year after closing the Rosie Larsen case, Sarah Linden is no longer a detective. But when her ex-partner Stephen Holder’s search for a runaway girl leads him to discover a gruesome string of murders that connects to a previous murder investigation by Linden, she is drawn back into the life she thought she’d left behind.”

What do you think of Sarsgaard joining the cast of The Killing?