An immovable force in the modeling industry, Naomi Campbell began gracing catwalks and magazine covers long before dewy-faced hopefuls began competing on television for coveted modeling contracts. Tonight, the striking supermodel throws her hat in the reality TV ring as executive producer and coach on Oxygen’s The Face. We caught up with Naomi and co–executive producer Eden Gaha via conference call to get the scoop on what gives their show a leg up on the competition. 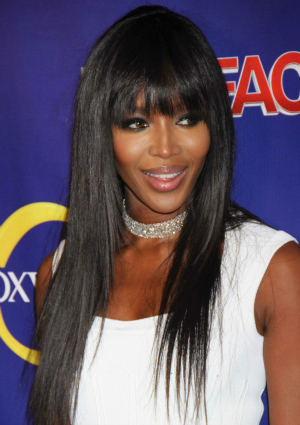 On The Face vs. other modeling shows

The Face isn’t the first reality TV show to feature starry-eyed newcomers to the modeling industry vying for a chance to become the next Naomi. Perhaps most notably, America’s Next Top Model (ANTM) — helmed by fellow supermodel Tyra Banks — will enter its 20th season this summer. And, with former ANTM judge Nigel Barker having traded Tyra’s panel for Naomi’s, The Face can’t help but draw comparisons to the veteran series.

So what does make this show different?

“Well, first of all, I am different,” asserts Naomi. “I’m before Tyra and I have a lot of respect for Tyra and what she’s done with America’s Next Top Model, and taking it all over the world, and what she’s done for young women out there who want to be in the fashion industry.”

But The Face, she insists, is a “completely different type of format.”

Naomi’s co–executive producer, Eden Gaha — who counts reality TV powerhouses Survivor, Celebrity Apprentice and The Biggest Loser to his credit — considers the show’s authenticity to be one of its greatest strengths.

Another defining factor, according to Eden, is the tone of the show. Whereas on other shows, the contestants are being judged by the “coaches,” the coaches on The Face — model Karolina Kurkova, fashion it-girl Coco Rocha, Nigel Barker and Naomi — exist only in the capacity to mentor. The women will be judged, yes, but not by the show’s stars.

On the public perception of Naomi

In 1978, Naomi was plucked from relative obscurity to appear in Bob Marley’s “Is This Love?” music video. And, as if the song were a question posed to the modeling industry, the answer was a resounding yes — the stunning young model’s rise to super status was meteoric. Since her early days modeling alongside the likes of Cindy Crawford and Christy Turlington, Naomi has caught the attention of the media… but as much for her strong personality as for her striking looks.

Her reputation often precedes her, a by-product of living her life amid a sea of camera flashes. But, while the public may think they know her, Naomi believes people will be surprised by what they see on The Face.

“I realize — I know — people do not know me,” she explains. “I think people will get to see the sides of me that people have never seen.”

Time, she admits, has changed her, making her older, wiser, more mature. For those worried about getting a watered-down version of Naomi though, don’t.

“You know, times have changed,” she reflects. “The business has changed. But, I mean, at the core, I’m still who I am.”

On Naomi, the mentor 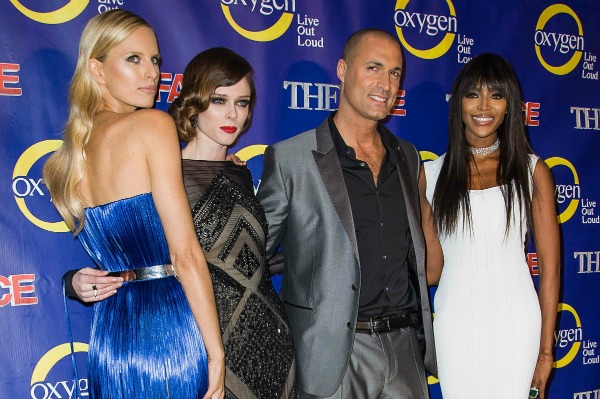 Viewers likely won’t be shocked to learn that Naomi’s mentoring style could be described as tough love. What may surprise audiences, however, is how much Naomi’s fierce persona belies a softer side — particularly when it comes to the contestants.

She says, “I’m tough love, but I care very much about my girls. And I want them to get as much out of me as possible, so I’m available to them really about 24/7 the whole time that I was with them.”

To this day, she remains available for her girls, whom she still speaks with.

It was this opportunity to work with up-and-comers that enticed Naomi to make her television debut in the first place.

“I’ve been asked for many years to do television, but I didn’t feel comfortable in telling someone, ‘You’re not right. You’re not this,'” she says. “You’ll see that we mentor our girls in a very different way. And we are very aware that we have someone’s life in our hands, in terms of putting them on the right road and launching them into this world of fashion.”

If you ask Eden, there isn’t a better coach to be found.

“A good coach is your biggest fan and your toughest critic,” he exclaims. “And what I really liked about about what Naomi did in the process and the way she brought herself into it was that she was able to personalize every aspect of this competition.”

Drawing on her own experiences, he asserts, proved to the contestants that she had their best interests at heart.

On the future of The Face

Critics of similar reality shows often note the lack of major talent that has made its way into the mainstream modeling world. But Naomi is confident her show’s winner will be seen.

“She will be known around America nationwide,” she states. “People will understand and say, ‘We totally get this. We understand why this girl is the winner.’ She fits the criteria. She is it. She looks like a model, she is a model.”

Eden believes the show’s winner will also succeed because the show isn’t simply casting another pretty face — he and Naomi are looking for more.

“We were looking at very well-rounded individuals, and that’s what the audition process was about,” he says. “You look at the covers of magazines that are now populated by actors and reality stars, and so models — to remain relevant — need to kind of open up a bit more as to who they are.”

The models with true longevity, he says, boast both beauty and the ability to interact with the public.

And, while Naomi feels certain the show prepares the contestants for real life on the runway, she is realistic about the fact that The Face can only take the girls so far.

“Nothing comes easy in life, no matter what you want to do,” she says. “I do believe that a great career is built in stepping stones, and you don’t want everything to come to you overnight. I do believe you should always build to what you want, and you grow, and you learn.”

The Face premieres on Oxygen Tuesday at 9/8 p.m.