The gang explores some unfamiliar and dangerous territory. Luckily, they all make it out better than ever. 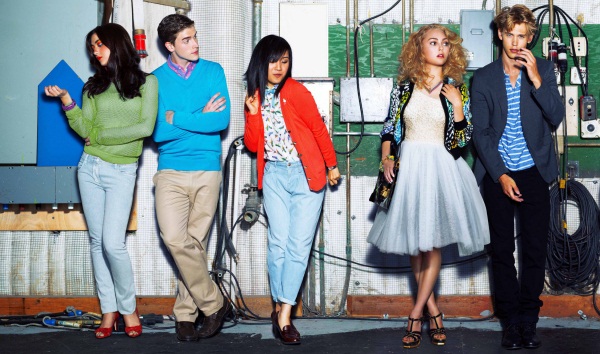 This week on The Carrie Diaries, Carrie and Mouse enter some uncharted territory while Maggie camps out at the diner to try to protect their spot from Donna LaDonna. Things get a little messy, and I’m not talking about spilled ketchup.

Is Mouse a territory?

After Seth broke up with Mouse — immediately after she had sex with him — her confidence really took a hit. Now that they’re back together, Seth plans a visit, and Maggie is adamant that Mouse needs to up 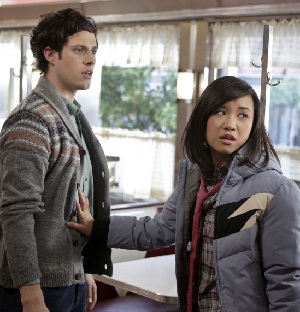 Not so bad, right? Except Seth falls victim to the double standards that exist for sexually active girls and guys. He becomes insanely jealous. When Mouse and Seth run into Walt and Maggie at the diner, Seth is ready to throw down. The truth comes out, though, and Seth handles Mouse’s lie pretty well. He even agrees not to fall victim to double standards anymore. Impressive.

Carrie’s lifestyles of the rich (and richer)

During her internship, Carrie (AnnaSophia Robb) bumps into George. As we mentioned in our spoilers, George is the son of Harlan (Carrie’s boss and her dad’s best friend). They actually hung out when they were toddlers. He’s immediately taken with her and invites her to his mother’s upcoming party. Carrie’s supervisor, that snippy Ginger, even helps her find the right dress and loans her some jewelry!

Carrie hits the Jewel Party feeling high but is quickly taken down a notch. Kick (George’s mom) asks Carrie if her dress is couture, and she doesn’t even know what that means. (How funny is that!?) George’s ex-girlfriend is a high-society snob who treats Carrie poorly just because she’s from the ‘burbs. Everything about George’s lifestyle is foreign territory to Carrie.

In the end, George’s mom finally figures out that Carrie is a Bradshaw. Kick and Carrie’s mom, Grace, were once BFFs. Suddenly, she goes from scoffing at Carrie and scolding George for even bringing her to sharing stories of Grace with Carrie.

Their lifestyles may be different, but they like each other. Carrie and George agree to try a little longer. 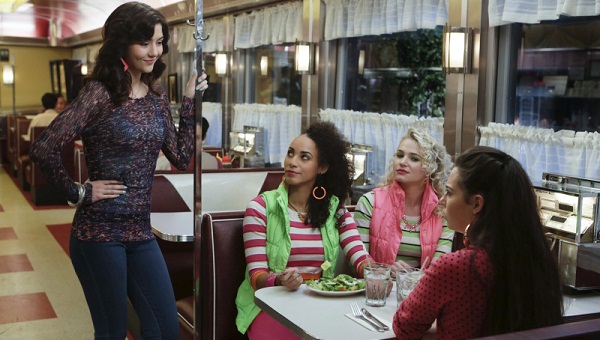 Carrie, Mouse, Maggie and Walt have practically lived at the diner since they were younger. Once Donna LaDonna sunk her claws into Sebastian, she wouldn’t be happy until she could sufficiently rub it in Carrie’s face. She shows up at the diner, deciding it will replace the mall as her favorite place. Maggie, a fiercely loyal friend, isn’t having it. Between dumping fries on the school’s biggest b**** and shoving her out of their booth, Maggie tries everything to make Donna go away.

So, who finally convinces Donna to scram? Sebastian, of course! He shows up at the diner, and when Donna is mum about what’s going on, Maggie has no problem telling him how his new girlfriend is acting. He makes Donna clear out, and our favorite high schoolers reclaim the diner as theirs. Yay!

Look out for more George on the next episode, when Carrie tries to cook him a Thanksgiving feast!