It’s no secret that Arrow’s a breakout hit. It’s both critically and commercially successful. Therefore, The CW’s unveiled a new trailer promoting its midseason return. 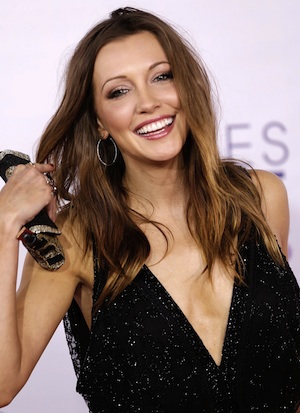 The CW’s given Arrow the movie treatment with its latest promo. The network’s released a trailer that looks like it belongs in theaters. For the first seven seconds, you think the Man of Steel or Dark Knight logos are going to pop up.

For Oliver Queen (Stephen Amell), February’s not about love, roses or candy. It’s about war—his war on the criminals of Starling City. Last week, the show ended with a jaw-dropping cliffhanger. Oliver finally confronted his mother, Moira (Susanna Thompson), about her secret life.

Their little chat doesn’t end well for the vigilante. He gets shot, and it’s up to Diggle (David Ramsey) to nurse him back to health. That’s hard to do without the aid of a proper medical professional.

Judging from the latest promo images, Queen Consolidated’s own Felicity (Emily Bett Rickards) gets roped into their drama.

It looks like the series is shifting into overdrive. The CW recently renewed it for a second season along with The Vampire Diaries and Supernatural. Before its spring finale, prepare for the arrival of Roy Harper, aka Teen Wolf‘s Colton Haynes. The actor plays the character best known for being Green Arrow’s sidekick.

There’s also the addition of Alex Kingston. The British actress will appear as Dinah Lance, the mother of Katie Cassidy’s Laurel Lance. In the comics, both women fill the superhero shoes of Black Canary. She’s the crime fighter who often serves as an ally and love interest for Green Arrow.

Arrow airs Wednesdays at 8/7c on The CW

Are you excited for more Arrow?