An Italian magazine has again published unauthorized photos of Kate Middleton — this time, it’s of her growing baby belly. 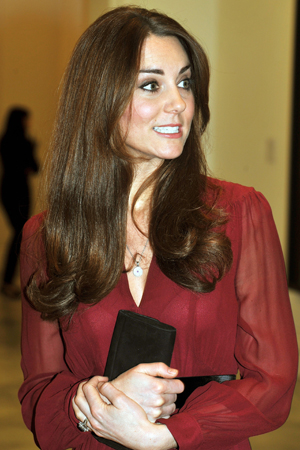 Remember last year when photographers took totally unauthorized photos of Kate Middleton topless? Well, they’re at it again — but this time they were after the Duchess’ baby bump.

St. James Palace said in a statement that the royal family is “disappointed that photographs of the Duke and Duchess on a private holiday look likely to be published overseas. This is a clear breach of the couple’s right to privacy.”

Kate Middleton wants her mom to be the royal nanny >>

Chi — the Italian magazine that published both the topless pictures and the baby bump photos — is standing by the shots.

However, its decision to publish the private photos is really disappointing, a source told US Weekly.

“It’s been a real sour note for the end of their trip,” a source told the magazine of Prince William and Kate, currently on a babymoon in Mustique.

“For Catherine, it was the first time she had shown her baby bump, and so for it to be exposed so quickly has shaken her up a little. They thought with the privacy laws on the island they would be able to spend a moment outside of the house without this happening.”

No word on whether or not the royal family plans to sue over the photos, but we suspect the scrutiny over Kate’s growing belly will only intensify as her July due date gets closer. It seems like everyone wants a part of the Duchess — British women are even getting nose jobs to look like her.

“I turned up to my first appointment armed with photos of Kate. My surgeon said he’d do his best to adapt it to suit my face,” one woman said of her Kate nose surgery. “Within a few weeks the swelling and bruising had subsided, and I loved my nose. It’s not exactly like Kate’s — the bridge of my nose looks slightly higher, but the width and nostrils are the same.”