Safe Haven star Cobie Smulders chats with SheKnows about her role in the film and her upcoming projects, including possibly starring in the new Marvel Comics pilot, S.H.I.E.L.D. 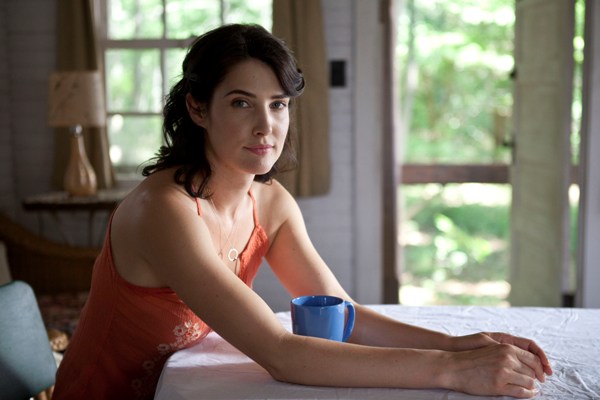 Cobie Smulders may be sad that How I Met Your Mother is coming to an end, but the actress has so many other exciting projects to focus on. Most important right now is her supporting role in Nicholas Sparks‘ thriller-romance, Safe Haven.

“I was a big fan of The Notebook,” Cobie told us when we sat down to chat about the film. “Come on, Ryan Gosling? And he’s rowing in the rain, and they both know what’s gonna happen. But this movie is more of a stand-alone in a lot of respects. It’s a lot different from [Nicholas Sparks’] previous ones. There’s still like an epic romance happening, but there is this B-story, and it’s very dark, and there’s a lot of mystery.”

Watch our interview with Cobie

As can be expected with most of Sparks’ films, though, you probably will cry, as even Smulders admits to doing.

“Even when I saw it and I knew everything, I was still pretty misty,” she laughed.

Another thing that’s likely making Smulders misty these days is approaching the end of a nine-season run with her hit show, How I Met Your Mother.

“I’m excited to start and finish the next season of How I Met Your Mother, because it’s our last one,” said Cobie. “We are finishing Season 8, and then we start Season 9 in July. It’ll be wonderful and sad, and it’ll just be very emotional. It’ll be every emotion happening at all times.”

As for rumors that she will be reprising her role as Agent Maria Hill from The Avengers in Joss Whedon’s new Marvel television pilot, S.H.I.E.L.D., it’s looking likely.

“It is a possibility, yeah,” Cobie told us.

Smulders is also rumored to be participating in Avengers 2, set for 2015.

Be sure to catch Cobie Smulders in Safe Haven, in theaters today!

Read on for more Safe Haven