Safe Haven author Nicholas Sparks chats with us about his first romantic thriller and his plans for his next few projects. 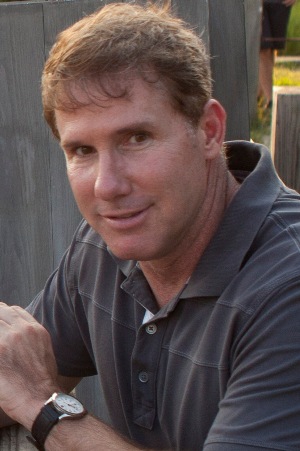 Nicholas Sparks is a busy man! While he is still promoting his new romantic thriller with Julianne Hough and Josh Duhamel, Safe Haven, the in-demand author already has another film and another novel in the works.

We sat down and chatted with him about all his upcoming projects and this new film, which is sure to be a Valentine’s Day hit!

Nicholas told us he’s very excited about Safe Haven, as it’s quite different from his more traditional romances like The Notebook.

“It’s the first thriller!” said Sparks. “It’s also got some romantic elements. If you look at the poster, there’s the kiss, the beach, so you’re getting everything you want and more. I think it’s fun. I think one of the great joys in seeing a movie is being surprised, and it’s hard to surprise audiences because we’ve seen it all.”

And we’re hoping for the same from his next film, The Best of Me. While Nicholas was hesitant to share any casting news, he did tell us a little about the production schedule.

“It looks like it will go into production in a couple months, so that will be exciting,” said Sparks. “And no, I don’t have any news about casting.”

But that’s not all! Nicholas also has another novel in the works. In true mysterious Sparks form, though, the author only gave us a few hints.

“It is all done, and it is soooo good! I’m going to go out on a limb here, but it’s a love story set in North Carolina. So I think we’ll leave you just with that for now. We’ll tell a little bit more once it gets public knowledge. I don’t really talk about it until it’s offered in Hollywood.”

Way to leave us hanging!

Watch the full interview with Sparks

Be sure to catch Safe Haven, in theaters today!