NBA legend Larry Bird’s son, Connor, finds himself in a heap of trouble after attempting to run over his ex-girlfriend twice at Indiana University on Sunday. 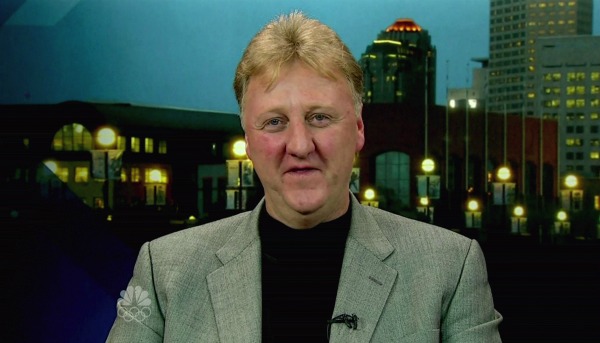 There has to be a better way to communicate with your ex-girlfriend than trying to run her over with your car, but that is exactly what NBA legend Larry Bird’s son, Connor, did on Sunday night. The 21-year-old is now facing preliminary charges including criminal mischief, battery with injury, intimidation with a deadly weapon and possession of marijuana.

The former couple started arguing in the young Bird’s apartment which ended with Bird throwing a cell phone at his ex. The dispute continued later in the evening when the athlete‘s son waited at the woman’s home. The discussion continued in a nearby parking lot and that’s when the scene took an ugly turn.

Another fight ensued and the young woman fled the car to start her walk back home. According to the Indiana University Police Department, that’s when Bird tried to hit his ex-girlfriend twice with his vehicle.

Luckily, another university student witnessed the series of events and was able to take the woman to the police department.

A formal statement was released by Connor Bird’s attorney on Tuesday, saying, “It is a private matter we are hoping to resolve as quickly as possible. We are happy no one was seriously hurt.”

Bird was eventually arrested after his car was tracked down by the IU police. He is no longer in custody and formal charges have yet to be filed by the Monroe County prosecutor.

The basketball great’s son is currently a student at Indiana University.