Eddie Cibrian is a deadbeat dad who leaches off his new wife LeAnn Rimes, says his ex Brandi Glanville — and she was forced to write her shocking tell-all to support their kids. 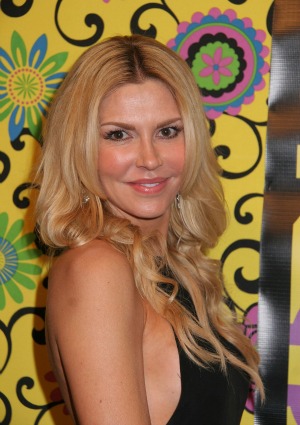 Brandi Glanville is taking no prisoners in the war against her ex Eddie Cibrian and his new wife LeAnn Rimes. The Real Housewives of Beverly Hills star slammed the father of her two sons, calling him a deadbeat dad and insinuating that the boys are unsafe around Rimes.

“If someone is checking into rehab clearly there’s some sort of issues going on. I want to make sure that’s not affecting my children,” she told Willie Geist on the TODAY Show.

“LeAnn went to rehab and I was very concerned for my children, what was going on over at that house. Why that had to happen? And I didn’t get any answers. And I got very angry. You know, it’s my children’s stepmother. So, if she’s checking into rehab for stress and anxiety and says she’s crying every day, I need to know my kids are okay when they’re with them.”

Glanville is making the press rounds for her new book Drinking and Tweeting in which she spills shocking secrets about her marriage and subsequent split — and she says she was forced to write it to support her family.

“That’s all I worry about. With Eddie not working and me having to pay my own bills, this book will help me do that,” she explained. “The fact that, unfortunately, I had to write this book, I have to pay the bills. He’s not doing that for me.”

When reached for comment by RadarOnline, Cibrian pointedly ignored Glanville’s accusations and said only, “I certainly wish I handled some of the choices I made four years ago differently, but I have been conscious of the choices I have made since. Although this exploitive book, intended to hurt LeAnn and me, will ultimately only hurt and scar my kids. That deeply saddens and concerns me.”