The International Olympic Committee has dropped wrestling from its slate of sports for the Summer Olympics of 2020, reversing over a century of tradition. 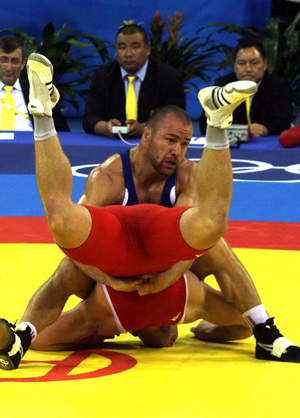 Wrestlers have competed in every Olympics since they first began in 1896. Starting in the summer of 2020, not so much.

The International Olympic Committee (IOC), the body that regulates each Olympic Games, horrified wrestlers and other athletes alike with the news that their sport will be cut from the slate of games in the Summer 2020 Olympics.

Olympics fans and participants knew something was going to get cut, but the word was that modern pentathlon was going to be the fall guy. Taekwondo and field hockey were also in danger. But it ended up that wrestling was the one to say bye-bye.

How much did the Olympics pay Paul McCartney? >>

All three forms of wrestling were cut, including men’s and women’s freestyle, which is the area in which the United States athletes usually shine, and Greco-Roman wrestling (no holds below the waist).

So why was wrestling cut? It could all come down to ratings. Television ratings, that is. The Olympics are a big deal, ratings-wise: 2012’s Summer Games won an average of 31.1 million viewers for primetime airings on NBC. Sports like gymnastics, soccer and basketball dominated NBC’s primetime slots; wrestling was relegated to the morning and afternoon.

Wrestling’s takedown (see what we did there?) makes room for a new sport in the games; the IOC will vote later this year on whether baseball/softball, karate, squash, roller sports, sport climbing, wake boarding or wushu (a Chinese martial art) make the cut.

Wrestling can reapply to the 2020 games, but since it just got cut, chances of it returning are unlikely, to say the least.