After weeks of speculation, the news is finally official: Penelope Cruz and Javier Bardem are expecting baby number two! 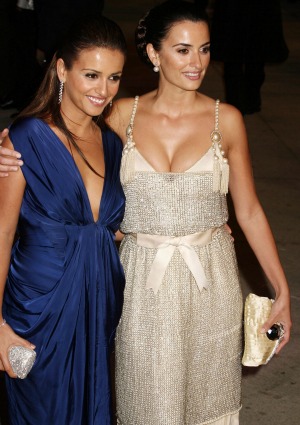 Javier Giner ended weeks of speculation on Cruz’s condition, telling Hola! Cruz is “extremely happy and very excited” about the pregnancy, which, along with work obligations in the Unites States, is preventing her from traveling to Spain for the Goya Awards.

“From the first second, you feel so much love,” Cruz told Vogue in 2011. “It is a revolutionary experience. That’s the best way I can describe it. It transforms you completely, in a second. Nature is very wise and gives you nine months to prepare, but in that moment, when you see that face, you are transformed forever.”

The pregnancy is a double joy for the Cruz family: Penelope’s sister Monica is also expecting a little one of her own. She announced the news in a blog post that detailed her decision to turn to artificial insemination to become a parent.

Javier Bardem gets a star on the Hollywood Walk of Fame >>

“A 40-year-old woman is very young and she feels very young but the maternity thing goes another way, it is measured with another clock that unfortunately we do not control,” Monica wrote. “I’ve become very informed on the subject. It turns out that after 37 the possibilities of becoming pregnant decrease at an alarming rate.”

“So I’ve decided to talk about it: I have resorted to artificial insemination in order to get pregnant. I also wanted to talk about it because it is an opportunity to show my gratitude to all those anonymous donors that help a lot of women, like me, fulfill their lifetime dream.”