The Grammys always brings out the best in people, don’t they? 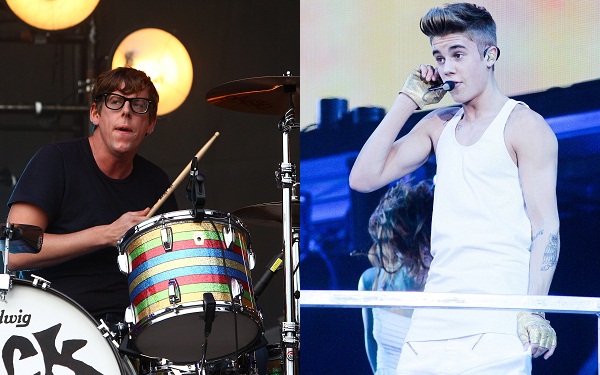 Just like last year, the Grammy Awards has sparked a new feud. This one will inevitably push Justin Bieber fans and hipsters even further apart. Luckily, it seems unlikely the two would have ever become BFFs anyway.

Did the Grammys just start a Katy Perry-Taylor Swift catfight? >>

The celebrity spat started when, according to TMZ, The Black Keys addressed Justin Bieber getting “snubbed” from the Grammys. (Why were they talking about this? Did someone ask?) Black Keys drummer Patrick Carney supposedly addressed the snubbing by saying Bieber didn’t really deserve to be there.

“He’s rich, right? Grammys are for, like, music, not for money,” Carney said. “He’s making a lot of money. He should be happy.”

It’s a valid point. In the past, it’s often seemed like Grammy Awards went to music that brought in the most money and not necessarily the music that was the highest quality, as the Grammys had originally started out trying to decipher.

There are plenty of other awards shows that focus on music that’s more radio-friendly and profitable. Bieber could carry out an armful of awards there. But is it really the end of the world if one awards show decides to take a look at the quality (not the quantity) of music sold?

Bieber was pretty offended by the (supposed) remarks. The Canadian pop star took to Twitter to unleash his fury, tweeting, “the black keys drummer should be slapped around haha.”

Are Justin and the abusive Chris Brown friends? In what universe is it OK to answer someone’s comments about you with the threat of violence? Furthermore, does the “haha” at the end somehow make the threat of abuse OK? Bieber is followed by many young people, is this really setting a good example for them?

If anyone needs to be slapped around, it’s Bieber. He’s old enough to stop acting like a bratty kid every time he doesn’t get what he wants. If he ever wants respect from the music industry, he’s going to have to get a handle on his attitude first.

That said, we enjoy the fact that Bieber (who is roughly half the size of The Black Keys tall, lanky drummer) suggests he be slapped, but doesn’t attempt to say he’ll do it himself.