What does it take to make a headlining hit? Combine three of the most powerful forces in country music right now. 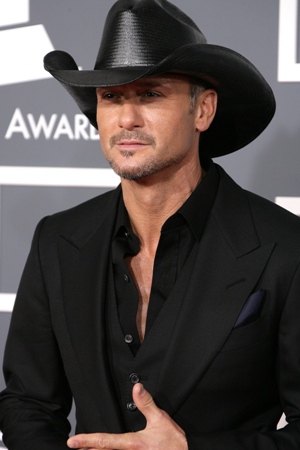 I thought Tim McGraw and Faith Hill were a genetically unfair couple. Now musically pairing up Taylor Swift and Keith Urban in this single? Musical heavyweights with stunning good looks ? can you imagine what this music video is going to look like someday?

Technology has been both a blessing and a curse. Why? Because artists can take advantage of the latter. The New York Times even pinpointed “musicians” (also known as reality stars trying to hustle the public) ranging from Kim Kardashian to Jersey Shore‘s Angelina Pivarnick capitalizing on this technology to fake vocal ability.

There are several others who have benefited from this as well, such as beloved Britney Spears, who does have talent but has relied on it, too.

In this single, an audio-mash of sorts was coordinated. Instead of these three artists sitting down together in a studio, they all recorded the song separately. Its seamless outpouring actually was sewn together, according to Taste of Country. The country website goes on to reveal that McGraw confessed (via Country Music Tattle Tale), “Thank God for modern technology because everybody is so busy. I could just shoot over the track to Keith and he could lay his part down and Taylor could do the same.”

It’s a real treat to hear these incredibly talented country stars on one track and knowing they all were miles away from each other is impressive. Their vocal chemistry plus guitar skills sound as though they are directly feeding off one another!

They are proud of their work and so am I!

This ballad-esque track beckons a man’s lover to stay close even though the “highway” is calling. It takes every fiber of my being to not fall in love with this song particularly when Taylor’s voice appears to equalize McGraw’s longing. Urban takes an influential role with the guitar on the track. A snippet of the touching lyrics:

Just Jared proved that Miss Swift couldn’t be more excited about the collaboration as she tweeted/promoted: “I sang with Tim McGraw on a song on his new album ? it’s called ‘Highway Don’t Care’ and it’s out now and I’m psyched about it ? check it out?”

Looks like it’s paying off because Taste of Country already has it pegged at No. 2 “on iTunes Top 10 most-downloaded country songs”! This song is taken directly off of McGraw’s “Two Lanes of Freedom” album. Try it out and see what you think!

What else are we buzzing about? Check out other music reviews: