SheKnows recently got the chance to chat with Glee’s Jane Lynch about her brand-new movie, Escape from Planet Earth. We won’t miss this adorable flick when it releases on Feb. 15! 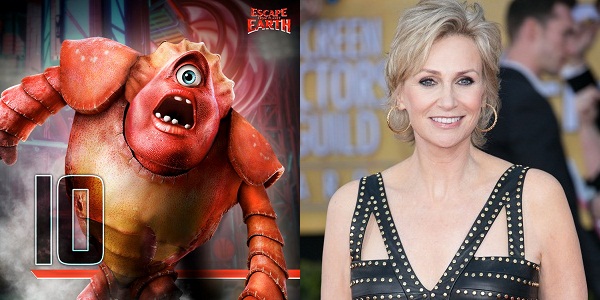 For Jane Lynch, there’s nothing foreign about acting. There is, however, something very alien about her new movie, Escape from Planet Earth.

The movie tells the story of a group of aliens from various planets who all live in Area 51. When planet Baab’s superhero, Scorch Supernova, receives their S.O.S., he tries to come to their aid and ends up stuck on Earth with them. They’ll form an unlikely group of friends and rely on a different unexpected hero to escape.

Lynch voices the character of Io and Io’s uncommon community happens to be what she likes most about the film, too.

“I really love the movie. I think it’s so sweet and it’s so tender,” Lynch told us. “It shows we really all just the same, even if we’re from different planets. We all have the same hopes and desires.” 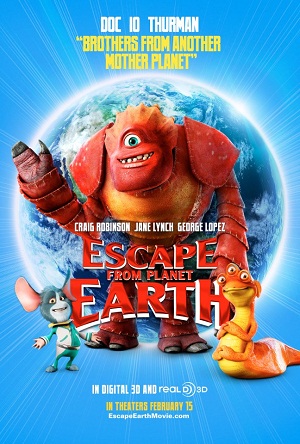 As Lynch explained, the aliens are all from many different planets and none of them knew the others existed until they all ended up crashing in Area 51, where they bond and become a team. Nice.

If people from different planets can get along, you think we’d be able to get along better with all our fellow earthlings, right? That’s certainly the message she hopes the kids will pick up when they watch the movie.

“I think in the same way that Glee has this message, it’s that diversity is good,” Lynch said, again, of how the aliens overcome their differences to work together and escape. “That it is to be celebrated, not shied away from or hidden.”

Is that a lesson that can be easily learned by the viewers of Escape from Planet Earth? Lynch thinks so!

“I think kids nowadays have it differently from when I was growing up,” she said. “We tend to mix more with people who don’t look exactly like us and are of different religions or no religion at all, of different ethnicities or mixed ethnicities.”

She sees it in her daughter Haden’s own life.

“I know my girl Haden’s class is full of every flavor of kid,” Lynch said. “There’s every kind of kid in the world represented in her little class so she doesn’t see it, which is wonderful.”

It sounds like Escape from Planet Earth is full of heart and that’s exactly why Lynch signed on. While she was reluctant to admit that she gets to be a little more picky these days about the roles she takes, she said this one certainly pulled her in.

“You know, I guess I need to give myself a little more credit,” she admitted. “I was moved by the material, I was very happy to do it. I was honored that they wanted me to voice this wonderful character that they had conceived. You know, these days I do have a little more choice and… I was really happy to be offered it and to be able to say, ‘yes.'”

Another great thing about the movie? It’s completely kid-friendly, unlike a lot of animated movies that sometimes end up seeming a little too mature for the pint-size viewers.

“First of all, there are so few things out there that a mom and a dad and kids can see together and everybody enjoy,” she said. “And I think this is a movie that everybody can enjoy. There’s some really great humor.”

More of the lovely and funny Jane Lynch